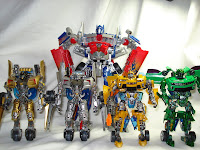 I The verses about conformity speak more clearly to teenagers and adults than to children.  If you do explore this theme, remember all the transformer toys and heroes.  They will be the first things children think of when the verses are read.  Transformers change from ordinary things into extraordinary things with special powers.  Stories about them generally involve lots of violence.  So, plan carefully how you will get the children to your message about being transformed.
Matthew 16:13-20
I Emphasize the conversation that takes place here.  Prearrange with 12 people of a variety of ages (maybe a couple of families) to help present today’s scripture.  In advance designate one to read the first response to Jesus’ question and another to read Peter’s response (maybe a male named Peter?)  Plan for one brief rehearsal so that everyone knows exactly what to do when.  When the time comes for the scripture, call the 12 forward identifying them as Jesus’ 12 disciples.  They join you sitting casually on the steps or floor at the front.  Say that one day as Jesus was with his disciples, he asked them a question.  Read the question from the Bible.  Hear the answer of the first disciple followed by Jesus’ second question and Peter’s answer.  Reach out putting a hand on Peter’s shoulder, looking into his eyes, whatever feels right, to say or read Jesus response to Peter.  You will have to decide whether to address Jesus’ you are a rock and gift of the keys specifically to Peter or to all the disciples.
I If this is the Sunday before school starts focus today on Peter’s insight and heroic standing up for what he was beginning to know.  Encourage children to be like Peter at school.  Then next Sunday before reading about Peter’s failure and Jesus’ rebuke, ask for a show of hands from children how many got at least one answer or made one mistake in school during the last week.  Also ask how many adults messed up at least once at work last week.  You are then set up to explore how we fail even with the best of intentions.  More on that next week.
I As you explore the rock image, remember that children today most often hear "rock" in the phrase, “you rock!”  By that they mean you are awesome or great or powerful or cool – all good things to be.  So, to them Jesus may not only be saying Peter you are steady, but you are up to the task before you.  You will do well!
I If you tell the stories of the Exodus women, connect their ordinariness with Peter the ordinary fisherman.  Then explore the fact that God used all these ordinary people to do God’s work in big important ways.  Give each child (or each worshiper) a rock as a reminder that they to are also the rocks upon which God builds this world.  The rocks may be a polished stone on which they draw a cross with a wide tipped marking pen (check houseplant sections of nurseries or home supply stores) or simply fist sized rocks (check a local landscaping store) on which children can draw a cross with a wide tipped marking pen.
If you go with the latter, you can mention how often each one of us feels about as special as a rock.  The rock with a cross on it reminds us both that God made us this way and that God uses very ordinary rock-y people to do God’s work in the world.

I Though it will be years before they can drive the car, children dream of that day.  On that day they will be able to decide where to go and go there.  One way to interpret Jesus’ comments about keys is to compare them to a parent saying to a new driver, “here are the keys.”  Jesus was telling Peter and the others that they were in the driver’s seat.  They were going to be making more and more of the decisions.  And, they would be responsible.  Make the case that even now, they are often in the driver’s seat – especially among friends at school, on the bus, wherever they go.  Jesus is trusting them to make loving decisions.  Holding a set of car keys in your hands, bouncing them around, even offering them to nearby worshipers reinforces the image vividly.
If the children are going back to school this week, check Back to School! for more ideas on how to include this important event in their lives in the congregation’s worship.
Posted by Worshiping with Children at 4:30 PM

Email ThisBlogThis!Share to TwitterShare to FacebookShare to Pinterest
Labels: Back to School, Disciple/ship, School