U This is Good Shepherd Sunday.  All the texts have some connection to the shepherd image.  That makes it a good day to feature any Good Shepherd art that is painted, carved, glassed or stitched into your sanctuary.  Point it out, tell stories about its choice or creation, and encourage worshipers to connect it to your worship today.  If you have no such art, add some shepherd equipment to the room for the day.  Plunder Christmas pageant props or creches for shepherd’s crooks or staffs and shepherd and sheep figures.  Use them to describe the work of a shepherd.


U It is also the day before Earth Day.  Younger children can link the shepherd’s care of sheep with our care of animals – wild animals, farm animals, and pets.  Identify the way the shepherd cared for the sheep and the ways we care for a number of different animals – maybe a polar bear, a chicken, and a cat or dog. 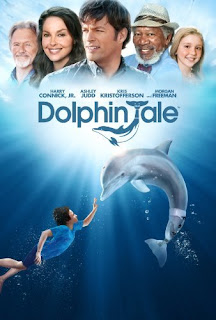 There is also a connection to Dorcas.  While Dorcas sewed clothes for the widows, some people work especially hard on taking care of the animals.  Recall stories of children who have saved endangered animals (think “Free Willy” or “Dolphin Tale”).  Or, tell stories about people who work on behalf of the animals at the local SPCA.  Some SPCAs invite families to volunteer together caring for the animals there.  If yours does, offer that to families as a service possibility.  To go all out bring one or more kittens or puppies from there for children to meet during or after worship.


U Children often call each other “Dorkas” as a friendly put down.  So, if your translation names this woman Dorcas, point out before reading it that there is no connection between her name and today’s put down name.


U This story is not so much about Peter as it is about Tabitiha/Dorcas, who is an Easter person.  She shares her love of God by spending lots of her time sewing clothes for those who need them.  The Bible mentions widows, but I’ll bet she probably also made clothes for constantly growing children.  Few children today have clothes that were made for them, but they often have special clothes that were given to them by a friend or relative.  Bring a piece of clothing that you love because it is such a gift to help worshipers imagine the mourners wearing and bringing what Tabitha/Dorcas made for them.  Then ask worshipers what people could bring or say to illustrate their loving care to them.  Point out that not all people sew, but all Easter people are called to care for the people around them in some way.


U A conversation I had with a fifth grade girl in Sunday School recently reminded me that girls can be offended by Jesus choice of 12 male disciples.  Elise insisted that it simply did not make sense that Jesus who was supposed to love everyone would choose 12 people to be a special in group – kind of a clique – and that they would all be guys.  Luke clearly identifies Tabitha/Dorcas as a disciple.  She is the only woman so identified in the New Testament.  Other women of course play big roles, but at least this one is named a disciple.  Older elementary girls like Elise may especially appreciate that fact.


U If your congregation has a prayer shawl ministry, this is a good opportunity to highlight it.  Drape some shawls over the Table or rail.  Describe the ministry.  Even wrap a few children/folks in one briefly asking them to name one good thing about their shawl.  Then bless those shawls (and all others the group knits?) for their purpose.


Possibility: Some older elementary children learn to knit and could be invited to knit a shawl for someone in need.  Maybe the knitting adults could sponsor a young knitters group to help each one knit one shawl for the ministry during the summer.

﻿
U Psalm 23 appears repeatedly in the lectionary.  Today it links to the Good Shepherd who calls the sheep by name in the gospel and protects those who wear robes washed in the blood of the Lamb in Revelation.  It is a great opportunity to share the first known painting of Christ which depicts him as a young strong shepherd.  It was painted by an unknown Christian in the catacombs under Rome.  In those days it was illegal to be Christian and Christians were thrown to the lions in the coliseum.  They were clearly among those wearing robes washed in the blood of the Lamb.  Imagine with worshipers walking quietly through the maze of tunnels lined with graves dug into the walls to meet a group of Christian friends at a certain grave to worship.  Listen for the clank of Roman armor and be ready to run if needed.  Note that in this situation people needed a strong good shepherd.


U There are many musical versions of Psalm 23.  Many, however, use the King James vocabulary that few children know.  Probably the first choice is “The Lord’s My Shepherd, I’ll Not Want” (Scottish Psalter) because the tune is familiar to the congregation and because the words are closest to today’s English.  “The Lord’s My Shepherd, All My Need” (Christopher L. Webber1986) has easier vocabulary but the tune is less familiar.  Finally, “He Leadeth Me, O Blessed Thought” is a meditation on the theme of the psalm with an easy to read and understand repeated chorus.  It is also a fact that each congregation has its favorite Psalm 23 hymn which is sung with a passion children hear.  If you select such a song knowing that children will have trouble with some of the vocabulary, in a brief introduction explain one or two key words or phrases before inviting the congregation to sing it.


U This YouTube video of Psalm 23 which presents the good shepherd as a woman is a good way to challenge worshipers of all ages to think of God’s shepherding in fresh ways and to honor Dorcas/Tabitha.

U Because many know it, love it, and so read it with feeling, have the congregation read this psalm in unison.  Print it in the bulletin or give worshipers time to find it in pew Bibles encouraging older children to read along.


U To link the psalm to the Revelation passage, identify all the scary stuff in the psalm – lack of food and water, wrong paths, the wolves and bears from which the shepherd’s rod and staff protect the sheep even as they feast on the grass, and the shadow of death.  Point out that Jesus the Good Shepherd does not make that scary stuff go away, but is with us in the middle of it.  Read the psalm together imagining yourselves with the Christians to whom Revelation was written worshiping in the catacombs under Rome.


U This is a good text for congregational Bible study during worship.  Get worshipers to open the pew Bibles to the text.  Invite them to create in their minds a mental picture of the scene John is describing.  Stop as you read to add details and explain the significance of certain details.  Recall from last week that Lamb is a nickname for Jesus in Revelation.  When you get to the shouted phrases, shout them and then ask the whole congregation to shout them together to get the feel of the crowd shouting praise.  Ponder the fact that even when we face hard scary times, we are not alone.  We are part of the 144,000.  Illustrate the bowing with your whole body or at least with your arms.  Emphasize the conversation with the elder by turning in different directions to say each voice.  Explain the part about the white robes washed in the blood of the Lamb.  Finally, ponder John’s message that Christians can be brave during hard times because we know that there is a good ending.  Savor the promises in verses 15 – 17.   Then, reread the whole thing inviting worshipers to close their eyes and see in their heads what you are reading.


U Cracking the key code for this week:  If you identified LAMB as a code name for Jesus last week, children may be able to figure out that the people who are who are wearing robes dipped in the blood of the Lamb are Jesus’ followers.  Help them make the connection by reminding them of the sweatshirts and caps worn by fans of athletic teams.  (Maybe bring or wear one of your own.)  Ask what story about Jesus has blood in it to begin unpacking why the robes are dipped in the blood of the Lamb.  Laugh about soldiers finding a copy of this book and trying to figure out why robes dipped in blood are white instead of red.  If you have this conversation just before reading the scripture, children will listen intently and get more of John’s message.


U Most children have to watch the ending of “The Wizard of Oz” many times before they can even stay in the room to watch the scary parts.  Once they trust the ending, they are not as frightened by the scary parts.  John was telling these Christians living in scary times that there is a good ending coming.  They can be brave knowing that.  (The same is true of Peter Pan, Harry Potter and any other book or story with really scary parts.)


U Verses 27-28 are the key verses of this text for children.  They say in straight words what the coded picture says in Revelation.  With older children read Revelation first and decode it. Then, turn to gospel.  Read these verses and note that they say the same thing.  Finally, ponder what John is saying to us today.  We are safe, even when things get really bad.  God still loves us and in the end we’ll be OK. 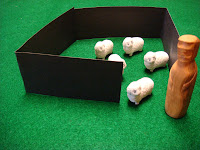 U Use toy sheep, a cardboard pen and a small shepherd figure (maybe figures from a Christmas crèche?) to demonstrate the shepherd calling the sheep by name as they go out into the field to graze under the care of the shepherd and later return to the sheepfold.
If your congregation uses the Young Children and Worship program, borrow the figures for “The Good Shepherd.”  Children who have been through the program will grasp more fully the program’s connection to worship in the sanctuary when they recognize this story that is told in both places.

U In “Babe” (full length DVD) there are several good shepherds.  Mr. Hoggett understands and cares for Babe, the runt piglet.   Fly, the sheepdog, comforts Babe as he settles into the barn and teaches him about the sheep.   Babe, the pig, is the main good shepherd.  The film ends with championship sheepdog trials.  In one scene, a dog herds the sheep by nipping at them.  Then Babe (the Good Shepherd) speaks to the sheep respectfully telling them what needs to be done and they do it.  It is a great illustration of the Good Shepherd speaking and the sheep responding.


U To focus on the conversation about whether Jesus is really the messiah in the first verses, remember that children are often told, “Pay attention!” or, “notice what is happening around you and act accordingly.”  In answer to the question about whether he is the messiah Jesus basically says, “Pay attention!  Even dumb sheep listen to their shepherd, but you have seen all the things I have done and still do not realize who I am.  Some (like the disciples) do pay attention and understand what is going on.  They follow me and I give them eternal life.”
Posted by Worshiping with Children at 11:14 AM