F If you already built the cave into an Elijah display, there is nothing to add today.  Elijah wished there had been something spectacular.  He would have preferred that God speak to him in the earthquake or maybe some fireworks.  But God was there in sheer silence in a desert cave.  The point for the children is that often God does not come in flashy or dramatic ways, but in the silence that surrounds us.  If you add the mountain cave today, note how simple it is.  There is no color or any special object to add, just the cave to which Elijah ran when he was feeling really, really bad and alone.  Point to this cave before reading the text to alert listeners to where Elijah had gone and why he had run there.


F Elijah was having a very bad time.  He was afraid that Queen Jezebel was going to kill him.  He felt like he was the only one left who loved God.  He worried that everything he had done was not going to matter.  All together it made him wish he were dead.  Children don’t have enough life experience to understand Elijah’s situation in the way adults do.  But, they do have similar experiences of hopelessness and loneliness.  Friends desert them.  They move and have trouble finding new friends.  A bully targets them.  There is trouble at home that is poisoning everything and that the children cannot fix.  Even though it may not be true, they feel that everyone else at home is more loved than they are.  Like Elijah they want to run away.  This story reassures them that God is with them even when they feel this bad. 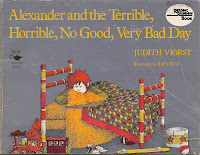 F Alexander and the Terrible, Horrible, No Good, Very Bad Day, by Judith Viorst, or at least a couple of pages from it would be a good introduction to a sermon about times when everything is going wrong.  You could start here, then proceed to list Elijah’s woes in a similar fashion.


F The “timeouts” that many children experience when they get too upset or tired or overwhelmed to keep doing whatever they were doing are a good comparison to this story.  God gave Elijah a “timeout.”  Elijah left the place where all the trouble was, ran to a quiet place where God could meet him, and thus was prepared to return to his work.  Just as children sometimes give themselves a timeout when they know they need one, Elijah ran toward Mount Sinai.  (Avoid using the term “running away” to avoid suggesting to unhappy children that running away is a good solution to whatever is making them unhappy.  Even though it stretches the text a bit, insist that Elijah was not running away but running toward help at God’s holy mountain.)  God helped Elijah along on his timeout journey and then sent him straight back into the work he had been ready to abandon.


F To explore “sheer silence” start by inviting everyone to listen carefully.  Together identify sounds they hear in the supposedly silent worship space – outside noises, utility sounds, conversations in other parts of the buildings, etc.  Have worshipers put their hands over their ears or their fingers in their ears, then note that we still hear the sound of our muffles.  Imagine the silence of floating in the space – assuming the space suit makes no noise.  Note that even near-silence can be either very comforting or rather scary.  Give the whole congregation one full minute of near silence to experience.  Then reread verses 11 ff.  How far you read depends on where you are going next.  You could stop with “what are you doing here, Elijah?” to ponder the question God often asks us in our silences.  Or read to the end of the chapter to ponder God’s sending Elijah back to work.


F It is tempting for those of us who are easing into summer to talk about summer as a timeout and to raise questions about how we use that time.  If you go this way remember that children, who have not cycled through the year very many times yet, don’t feel that cycle the way adults do.  For them time is a straight line.  Summer is a period between this year and last year.  It is what is next and what is now rather than a timeout.


Psalms 42 and 43 together are too long to keep the attention of children.  So select only Psalm 42, as the Methodist lectionary does, or select a few key verses here and there.


F Psalm 42:5 and 11 are the same verse and are the heart of the psalm for children.  Much of the rest of it requires life experience and understanding that is beyond most children.  But, when they list together times when they feel hopeless – everything from playing on a team that ALWAYS loses to feeling no one at all loves you to feeling horrible things are about to get you – children can then hear these words as a prayer for such times.  Walk through the words with them, putting them into words that will make sense for your children, then pray them together.


F Enjoy the fact that this psalm was already around when Elijah lived thousands of years ago.  Suggest that he might have prayed it as he walked across the desert to the cave on Mount Sinai.


This text is for the adult Bible students more than the children.  Listeners need to know about the return from Exile and all its problems to understand what Isaiah is saying.  The one possible connection for children is that Isaiah is telling the people to stop blaming other people or God for their problems, but to recognize the fact that they are responsible.  The problems are the consequences of their behavior.  Children struggle to accept that kind of responsibility for their own actions.  That said, this is a hard text with which to explore that fact with them.


Because this psalm is filled with so many unfamiliar images and references, it is not a good choice for children.  I’d go with the idea for Psalm 42:5 or 11 above.


F As I’ve said before and will say again as we move through Galatians, children are not ready to hear Paul’s argument against living by rules.  They are currently living under the tutor of the Law and cannot see beyond it.  For them rules are good ways to understand what to do as they work their ways into the world.  Telling them that obeying rules is not the best way to live baffles them.  So, for them pick up on other aspects of this reading.


F To explore Paul’s insistence in verse 28 that all the everyday distinctions between people do not matter, get a show of hands on who supports which sports teams, goes to which schools, plays which sports or instruments, or was born in town rather than moved here from somewhere else.  Then note that all of that is interesting, but none of it is the most important thing about any of us.  The most important thing about each of us is that we are a child of God.  If you are sitting with a group of children to do this, point to individuals underlining this with phrases like, “John, I know you are a really big Eagles fan and that is cool, but even more important than that is that you are a child of God.”  Even, “John, you are an Eagles fan.  Erica, you are a Redskins fan.  But, you belong together because you are both children of God and that is way more important than what team you follow.”


F OR, reverse the process.  Start by putting a hand on each child’s head saying, “NAME, you are a child of God.”  After doing this with several children, interrupt yourself - “hey wait, you are an Eagles fan and you are a Redskins fan.  Can you both be a child of God?”  Talk your way back to the truth that all sorts of very different people can be a child of God.  Conclude by blessing the remaining children.


F Reread verse 27 and explore what it means to be “clothed in Christ.”  Laugh at the picture of wearing Jesus.  Then, point out some of the different clothes worshipers are wearing.  Have fun noting the differences and pointing out what clothes tell us about the person wearing them.  Finally, insist that it really doesn’t matter what we wear to worship or at any other time.  The most important thing about us is that we are the children of God.  In a way we are all wearing Jesus.

F If you are exploring accepting all people for who they are, read the humorous story “Adam’s Animals” in Does God Have a Big Toe, Rabbi Marc Gellman’s book of stories about stories in the Bible.  It describes Adam’s failed attempts to name the animals, before a bear suggests that he asks the animals what they want to be called.  It can be read aloud in about 4 minutes.


F Scripture is meant to be enjoyed as well as just read.  So, retell this story with the children using lots of socks.  Before reading the story from the Bible warn the children to listen carefully because you are going to need their help retelling the story.  After the reading invite them forward.  Put a brown, black or beige sock over a hand on each child.  Tell them that they are the herd of pigs.  Imagine with them a very large lake in front of them.  Then put one sock for Jesus and one sock for the demoniac on your hands introducing them as you do.  Retell the story letting Jesus and the man do most of the talking.  Expect a little chaos when the pigs dive into the lake.  Enjoy it.  Then help children settle down, maybe dropping their socks in the lake then sitting down again.  This is one story all worshipers will remember.


Puppet note:  All the socks can just be socks.  But I would be inclined to weave some black yarn into the demoniac to form a wild appearance.  Jesus might be any other sock or could be a Jesus handpuppet, if you have one.


F Demons are tricky.  What people thought about demons in Jesus’ day is largely replaced today by more metaphorical understandings and uses.  Since most children have little grasp of what mental illness is, explaining the earlier understanding is challenging.  At the same time for literal thinking children modern metaphoric uses are equally confusing.  So, if you are going to talk about demons at any length, introduce them with children in mind.  Show a picture of a demon from middle ages art.  Tell about the evil little things that people used to think caused mental illness and other problems AND about the way we talk about jealousy and greed or drugs and alcohol as demons today.  The connection between the two is that both refer to things that get us in trouble when we let them determine what we do and say.  And, in this story Jesus proves that he has power over the nastiest of demons.  So, we are safe.


F Animal loving children ask why the pigs jumped off the cliff.  Possible answers include but are not limited to
F Commentators and preachers make all sorts of points with this story, but for children it is mainly a story of Jesus healing a man in a rather spectacular way.  They enjoy Jesus’ power and his way of getting rid of the demons.  Probably the best lesson in it for them (if it needs a lesson) is that Jesus did not send the man out to a new place to do something dramatic, but sent him back home to live like the healed man he was every day.  Children can be challenged to do the same this week.
Posted by Worshiping with Children at 8:30 AM