Advent and Christmas are filled with many treasured worship traditions, stories, and songs.  Preachers often worry about finding something fresh to say.  But, for children all these traditions are new, even unfamiliar.  They encounter them only one month of the year.  At one time American churches counted on the public schools to present the basics of the story and teach the best known Christmas carols.  That day is past.  So, congregations must be intentional about introducing their children to the Advent Christmas stories and songs.  Some of this is best done in classes, children’s events, and choirs.  But, it is also possible to do it in worship.  Actually, many adults either enjoy sitting in on the next generation’s learning or learning something that they may have missed before.  So, as you think about the Advent traditions and songs, ask “what do the children need, if they are to participate in this with at least some understanding?”

A Few Advent Traditions to Think About 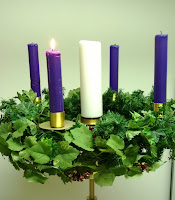 '''' Many congregations ask families to light the Advent Wreath reading a script about the meaning of the candle.  Often the readings are too long including a Bible verse, some words of explanation and a brief prayer.  Simply naming the candles being relit and then adding one sentence of explanation about the candle being lit for the first time does the job.  It is also easier for people to remember the candle if it is lit after its meaning is explored in the sermon and liturgy.


Asking families to light the wreath is fine.  But, for variety some year, ask a different class or group within the congregation to light the Advent wreath each week.  Select groups that are from different ages and match them to their theme.  Each group is to come up with a brief answer to one question about its theme, decide who will light the candle/s and who will read.  The whole group comes forward to stand near the wreath as the candles are lit.  Below is a set of directions for an invited group to follow.


December 12 is the third Sunday of Advent.  You will relight the first two candles and then light the third candle.  As one person lights the candles, another person or persons reads.

'''' If your congregation displays a Chrismon Tree in the sanctuary, its meaning has to be re-explained regularly.  Highlighting one or two ornaments tied to the week’s worship theme each week, helps children claim the ornaments and see the tree as more than just “the church’s pretty Christmas tree.”  Do this during the sermon pointing to the key ornaments with a flashlight to point them out.  Or, make it a feature of a time with children each week.

'''' Children no longer learn Advent and Christmas carols in public school.  That puts families and congregations on call to intentionally introduce these loved songs, explaining their meaning and history, rather than simply assume that by singing them with the congregation the children will eventually come to love them as we do.  One way to do this is to “feature” one song the congregation will sing each week.  There will be lots of suggestions each week.  You can also go to Singing Christmas Carols in Worship with the Children. 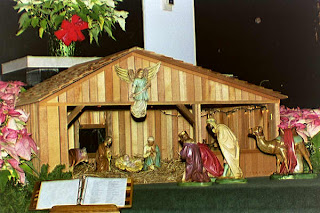 '''' Display a crèche in the sanctuary.  On the first Sunday of Advent, set aside all the angels and the baby.  Place the shepherds and some sheep in one area of the worship center, the traveling magi in another, and Mary and Joseph in separate areas.  In the stable area place the empty manger and animals.  Move the figures to the manger as their stories are told during Advent, Christmas and Epiphany.  Involve the children in unpacking them and putting them in place on the first Sunday of Advent.  Involve the children in moving the figures at the appropriate time or make the movement and very visual part of worship to get the attention of the children.  Suggestions will be offered for each set of readings.


FYI In Year A all the pieces are unpacked and spread out on the First Sunday of Advent.  A shepherd is turned into John the Baptist and set near the empty manger just for that day on the second Sunday of Advent.  Mary moves to the manger on the third Sunday (if you read the Magnificat that week).  Joseph (and Mary if you did not move her on the third Sunday) move on the fourth Sunday.  The Shepherds move on Christmas Eve and the baby is placed in the manger.  The wise men wait until Epiphany. 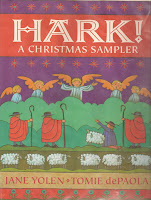 '''' On the lookout for a good story book that reads well in worship to read to the congregation during the season?  Go to o to Christmas Story Books for Worship.  It gets updated every year.

'''' FINALLY, before you begin planning for worship for Christmas Eve Day, take a look at that post for ideas about planning overflow seating with children as well as adults in mind and the need to plan ahead for nursery care.
Posted by Worshiping with Children at 3:41 PM