General Thanksgiving Ideas
R Involving children in community services is a good way to draw a crowd and to introduce children to their community’s religious base.  Anything that works on Sunday morning will work at a community service.  Particularly good ideas include:
For the Beauty of the Earth
All Things Bright and Beautiful 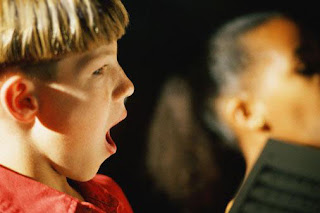 
R Thanksgiving begins with noticing what is all around you.  It is easy to overlook our blessings.  Remind worshipers of Moses noticing the burning bush, stopping to look at it, and meeting God there.  Then read and discuss Elizabeth Barrett Browning famous poem.


“Earth's crammed with heaven,
And every common bush afire with God,
But only he who sees takes off his shoes;
The rest sit round and pluck blackberries.”
― Elizabeth Barrett Browning


Finally, provide paper and crayons or markers for children (and older worshipers) to write poems or draw pictures of where they see God all around them.


R In the congregation’s prayers include prayers for the long holiday weekend.  Some children are looking forward to seeing extended family members. Others are dreading a boring, nothing special holiday.  Those excited about family gatherings often face undesired seating assignments at “the feast,” uncomfortable sleeping arrangements, and long trips in cramped cars.  All are worthy of prayer.


R Especially if it is the beginning of Thanksgiving week, assign homework.  Encourage households or individuals living alone to take time once each day this week to list things for which they are thankful.  Suggest that they do it at the same time each day – before or after a meal, at bedtime, whenever works.  Households turn it into a prayer by saying together “we thank you, God” after each thing is named by each person.  Individuals can add the phrase as they identify their blessings.  (If you want, admit that you hope that by doing this every day for a week, people will decide to keep doing it.  You are encouraging a simple daily prayer practice.)


R There are lots of groups in today’s texts.  Children instinctively understand what it means to define yourself by the group to which you belong.  When meeting someone new children start with their name and age but quickly begin naming the groups to which they belong.  The unstated assumption is that if you know which groups I belong to you know who I am.  Usually they name sports teams and activity groups in which they participate.  The trick is to help them look to larger groups of which they are apart – in this case the people of God.  All of today’s texts call us to rejoice and give thanks in the context of groups.  Deuteronomy gives thanks for being among God’s people and sharing their story.  Psalm 100 calls to “all the earth” and insists that we are “sheep of his pasture” (a flock).  Paul calls the Philippian Christians to rejoice because they are a part of church and belong with Christians everywhere.  Alert worshipers to these groups early in worship and challenge them to listen for other groups and to think of groups that make them rejoice.


R Act out this scripture as it is read.  Either have children (or all worshipers) come forward placing baskets of fruit and vegetables on the Table or ask a single household to carry in one large basket on the Table or on the floor in front of the Table.  A single family might then turn to read or recite the creedal verses.


Focus on gratitude for food.


R Arrange a large cornucopia of fresh fruits and vegetables on a table at the front and pile canned goods for the local food bank around the table on the floor.


R Create a responsive prayer about all the phases of food production from growth to farmers to deliverers.  (There is a sample on page 192 or Forbid Them Not, Year C.)  The congregation’s response to each petition is “Give us this day our daily bread.” 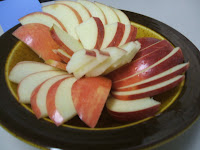 R Invite children to come forward to share apple slices.  Before distributing them, with the children identify everyone who was involved in getting this treat to you.  Go all the way back to God who planned for the raw material and the process that produced the apples.  Then enjoy the apples with a prayer of thanks. 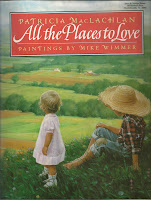 R All The Places to Love, by Patricia MacLachlan book, captures the connection to the land that underlies this text.  In it a boy tells about all the places he and members of his family love around their farm.  Read all or parts of it, challenging children and other worshipers to think of the places they love most and where what happens there makes all the difference in the world.  (It can be read aloud in a little over 5 minutes.)


R Remember that children need to hear that God’s courts and gates are other words for God’s church.


R Turn the psalm into a congregational reading with many short lines that new as well as experienced readers can follow.  (The two groups could be choir and congregation or two halves of the congregation.)


Based on NRSV and Presbyterian Book of Common Worship


R If you sing “All People That on Earth Do Dwell” in the USA, have a soloist or the choir line it out for the congregation.  That is the way the pilgrims sang it.

R The Secret of Saying Thanks, by Douglas Wood, insists that giving thanks makes us happy.  “We cannot feel thankful and unhappy at the same time.”  “We don’t give thanks because we’re happy.  We are happy because we give thanks.”  The book can be read in about 8 minutes.  With a small group sharing the pictures as you read is the way to go.  With a larger group, bring props (a big yellow paper sun, a flower, a tree leaf, a rock, a stuffed animal - a bird if you can find one, a shiny silver star cutout, a bottle of water, and a big red paper heart) to display or hand to people nearby as you read the pages about the things which lead us to be thankful.


R Jewish midrash includes several stories about how people responded to God’s dividing the sea for the slaves to walk through on dry land and then bringing it back together to drown Pharoah’s army.  It seems when they came out on the other side of the sea some of the newly free slaves complained that walking through the sea was scary and hard.  They could only think about how tired and dirty they were.  But Miriam and others, who were also tired and dirty, danced and sang songs praising God for the incredible miracle they had just experienced and their new freedom.  After describing the situation, ask which group was “right.”  Of course, both were at different levels.  Then ask who they would rather travel into the wilderness with.  Younger children will not be able to follow this.  But older children can be drawn into the possibility of rejoicing being more a matter of one’s attitude toward what happens than what actually happens.  They can be helped by parallel examples - maybe siblings who get similar sweaters from their grandparents.  One child is delighted and the other discards it as dumb.


R “Rejoice, Ye Pure in Heart” really needs a festal banner to be waved and walked through the congregation as the song is sung.  Make a flag banner featuring the word “Rejoice!” or select a praise banner from your collection.  Introduce it as a “festal banner.”  Before singing the hymn, practice the chorus once so even non-readers can sing along.  Also point out that the last verse is the same as the first and summarize the message of the two middle verses with reference to “in gladness and in woe” in verse 2 and the call to rejoice even at death in verse 3.


R Another way to use this hymn is to have the congregation sing just the chorus in response to each verse of Psalm 100.


R Maybe especially on Thanksgiving when there are other symbols around, it is hard for literal thinking children to make sense of Jesus’ talk about being the bread of life.  I’d save it for other days when there is time to unpack it in some detail.  For today, the bottom line is that as good as bread/food is, God’s love and forgiveness are better and more important.
Posted by Worshiping with Children at 8:01 PM