On this Sunday it seems a long time since Easter.  In the USA it is Memorial Day weekend and all thoughts are turning toward summer.  So, it might help to summarize the Easter season by retracing the arc of the season’s stories.  Present pictures of biblical events and challenge worshipers to put them in chronological order.  Or, present them in order walking people through the season.  Look ahead to the coming Ascension and Pentecost celebrations setting them in relation to Easter.  Pictures to include: crucifixion, empty tomb, Thomas, Emmaus, ascension, and Pentecost.

If school is ending in your area this week, include that in your worship.  There are text-specific ideas in this post and more general suggestions in School is Out!!!!

Paul speaks about “the unknown God” who is bigger than anything we can imagine or carve or paint.  It is a good time to ponder the mystery of God who is more than we can understand.

t For children the story of the blind men defining an elephant based on the one part they got hold of is a good starting point.  There are some things we know about God, e.g. God created the whole universe, is totally good, and all powerful.  But there is lots we don’t know about God.  To keeping them thinking, I talk with children about “used to thinks” about God.  I tell them I used to think that God was like a very old wise man.  Now I think God is neither man nor woman but both and more than both.  You might recall the blind man who first held the elephants tail, then imagine that he was led to its ear.  He might say, “I used to think an elephant was a rope, now I know it is more than a rope.  I wonder else it is.”  In an informal setting in which you can be sure the children won’t be laughed at, invite them to share their “used to thinks” about God.

t The name God gave Moses was “I am who I am, I will be who I will be.”  People called God the great I AM.  Again, ponder the mystery that God is more than we can understand.

t Since it is a holiday weekend in the USA, it might be a good time to savor a good children’s story book during worship.  Below are two books with a similar message expressed slightly differently.  Both include beautiful art that could be well projected as the story is read.

In God’s Name, by Sandy Sasso, describes how each person gave God a name that reflected him or herself.  “The woman who cared for the sick called God Healer.”  Each claimed that theirs was God’s true name until they gathered around a mirror-like pond and learned that all names for God were equally good and that God was One.  To read the entire book aloud takes about four minutes.  It would be possible to shorten in by reading some rather than all of the twelve people who named God. 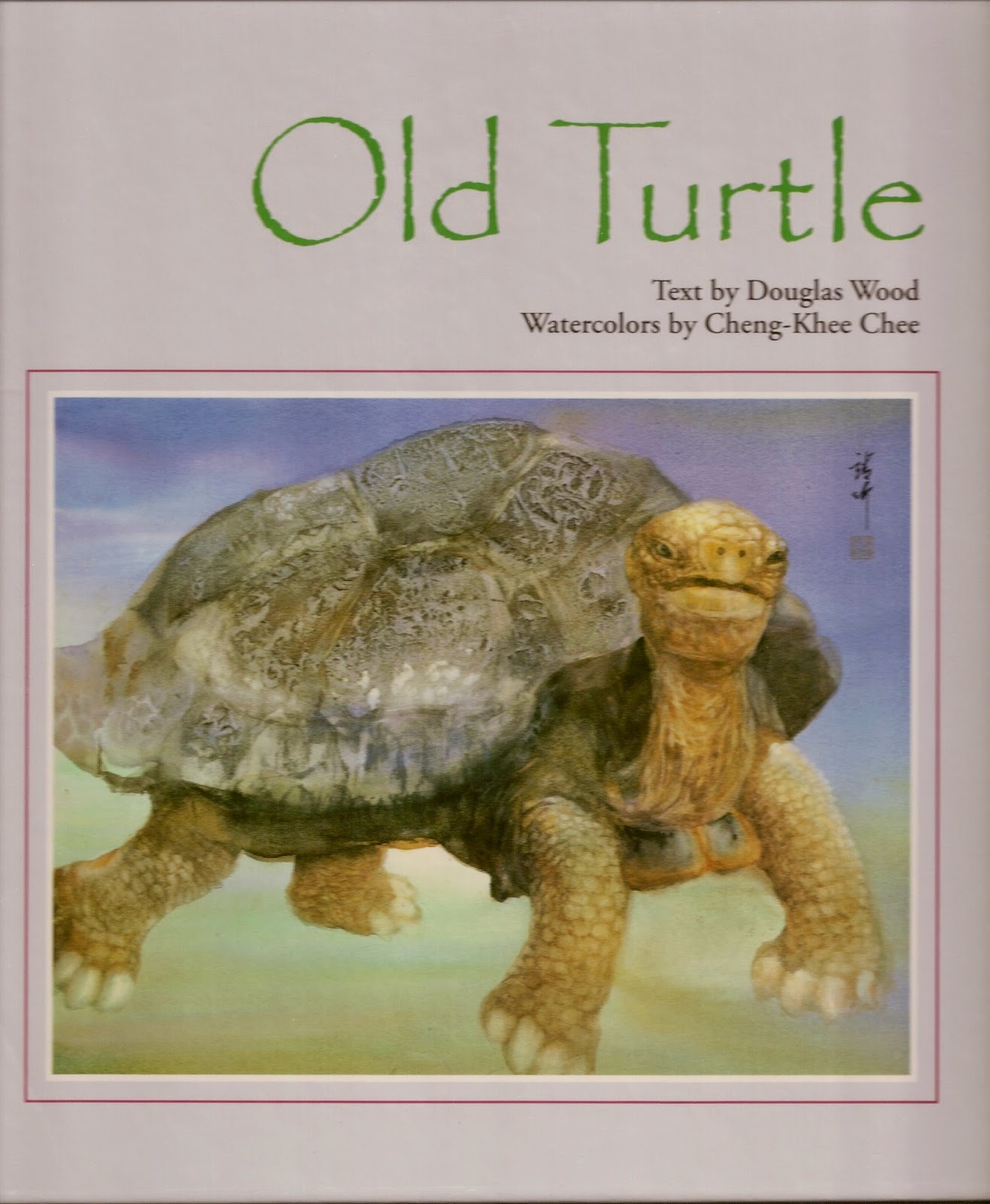 Old Turtle, by Douglas Wood, tells a similar story, but mountains, animals, and the wind argue about what God is like with each seeing God like itself.   Old Turtle finally insists that God is like all of them and more.  You could stop there (about three minutes into the book) or keep reading about the creation of people and all the trouble they caused until they realized who they were.  The latter would be a good conclusion for the Easter season.  Youth and Adults will appreciate the full story more than younger children who will often get lost in it.  (Full book reads in 7 minutes.)

t It’s a good Sunday to explore and sing “Immortal, Invisible God Only Wise.”  Before singing take time to enjoy some of the big mysterious words describing God.  Say the words aloud together.  Talk briefly what words such as immortal, invisible, un-resting, un-hasting say about God here. Put some of the poetic phrases (“in light inaccessible hid from our sight”) into your own words.

t This is a psalm of praise written after a time of testing.  Older children and youth have been through a time of testing at the conclusion of the school year.  Connect their testing to that mentioned in the psalm and elsewhere in the Bible.  Then invite children to create their own psalm of praise for God celebrating the end of the school year.  Suggest that they write or draw things that were hard about school and things that they really liked.  Provide a titled page with shadow toned lines that could be used for writing with space remaining for surrounding illustrations or could be ignored with pictures drawn all over the page.

I Praise you God at the end of this school year!

t This passage includes two themes that speak to children.  The first is that we need to be ready and willing to stand up for Jesus and be able to say why we are doing it.  This is especially important as children get ready for summer when there are new opportunities to stand up at camps, pools, even in free time at home.  Peter urges us to be brave in standing for what is right and to be gentle with others as we do it.  Two examples,

Olympic runner Eric Liddell (“Chariots of Fire”) refused to run in a race he very much wanted to run because it was on Sunday.  Eric believed that playing sports on Sunday was disrespectful to God.  So, he calmly announced that he would not run.  He had to be brave because lots of people got really angry with him.  He was however gentle.  He didn’t scream and shout about how wrong the officials were to schedule the race on Sunday.  He simply said that he would not run because much as he loved racing, he respected God more. 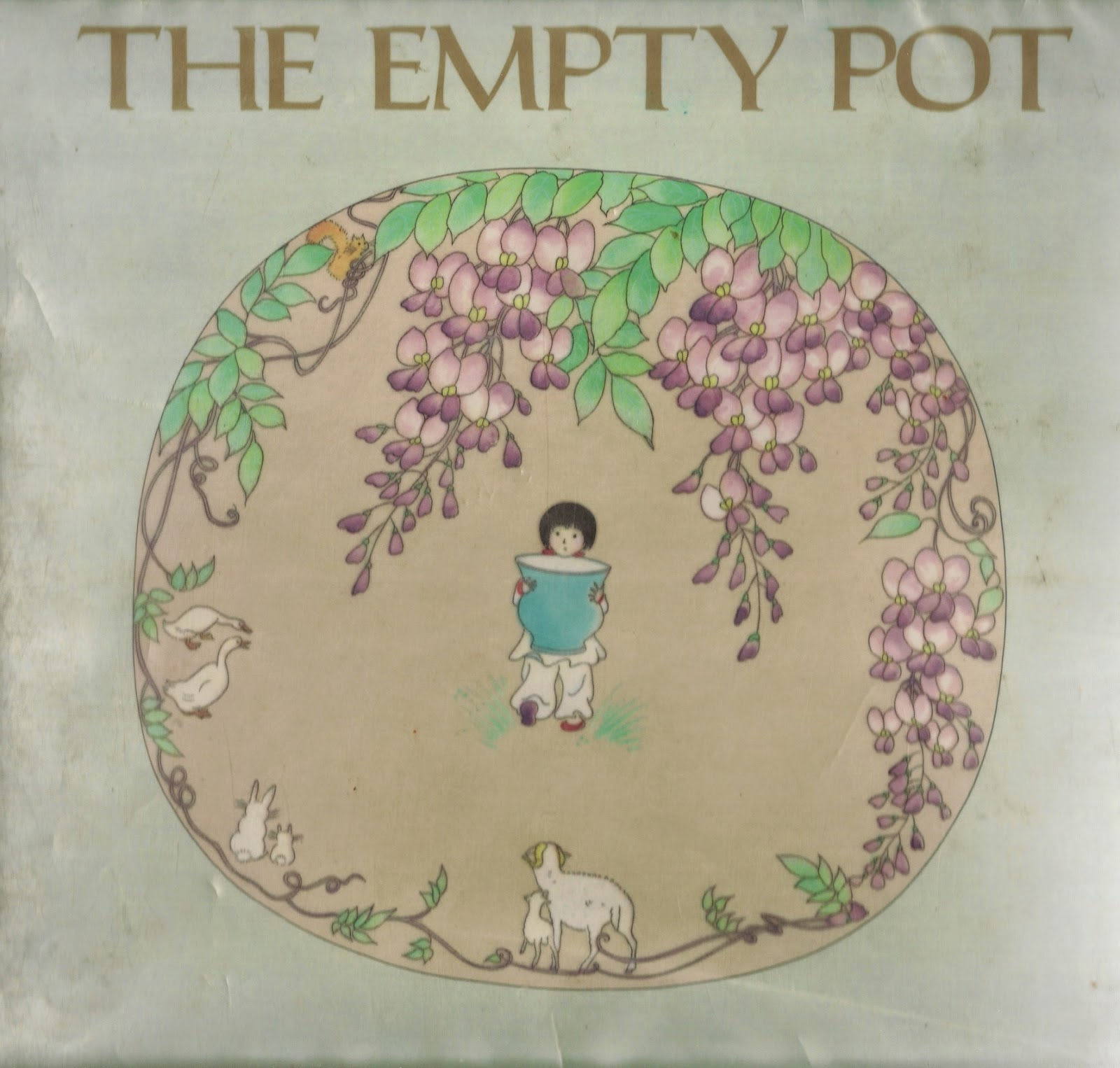 The Empty Pot, by Demi, tells of an Emperor who announced that he would choose to succeed him the child who grew the most beautiful plant from the seed he gave them.  Ping, who was very good with plants, did everything he could, but his seed would not grow.  Frustrated, but honest, on the set day he placed his empty pot among the pots of other children which were filled with lush green plants.  The emperor went immediately to the empty pot asking the boy to explain why it was empty.  In response to Ping’s honest account of what he had done and what had happened (his witness), the emperor revealed that all of the seeds had been cooked so they would not grow.  He was looking for a brave, honest boy who would become a brave, honest leader – and found him.  (5 minutes to read aloud)

t The second theme is Peter’s insistence that even though at times it will look as if the bad guys are winning, God will win in the end.  This is the best Easter Good News for young children.  So begin exploring this theme by wishing everyone Happy Easter and reminding them of what happened.  On Friday it looked like the bad guys had won.  They had killed Jesus and sealed his dead body in a tomb.  All Jesus’ friends were frightened and sad.  Then on Sunday, Jesus came straight out of that tomb proving that God is more powerful than the worst evil.  This is an important Easter message from God to remember every time it looks like the bad guys are winning and we are feeling hopeless.  It is also important to remember when the bad guys are winning and we are tempted to join them.

t This is a hard text for children to follow as it is read.  Verse 20 is probably the key verse for them.  “I am in my Father, you are in me and I am in you.”  We, God and Jesus are so close we are “in” each other.  To help concrete thinkers explore this, talk briefly about how close we are to a best friend, to a brother or sister, to a parent…  (If you are seated together on the steps scrunch close together, leaning against each other.)  Then claim that God is even closer.  Admit that it is hard to think about God who is bigger than the whole universe being inside us, but insist that it is true.  Recall or sing a couple of verses of the song “I Have a Joy, Joy, Joy, Joy Down in My Heart” to celebrate this closeness of Jesus, God and us.

t After exploring Jesus’ living in us and us in him, introduce the idea that we are Jesus’ hands and feet today.  We are to do what Jesus would do if he were in his body today.  List together some of the things Jesus did and identify specific ways we can do those things today – making friends with people who need friends, forgiving others, sharing food and other stuff with people who need it, etc.  Note that none of this is easy, but it what we are called to do as Jesus’ hands and feet and that as we do it we have Jesus’ promise that he is with us.

“If y’all love me…”
t Preacher Laura Sugg caught the attention of worshipers of all ages when she pointed out that all the “you”s in these verses are plural and therefore apply to the whole church rather than to individuals.  She then read the text substituting “y’all” (Southern US for you all) for each “you.”  The children listened, enjoyed, and sort of got her point.  The youth and adults caught her point more deeply.

t Olympic runner Eric Liddell (“Chariots of Fire”) described his closeness to God saying, “God made me run and when I run fast, I feel his (God’s) pleasure.”  Encourage worshipers to imagine God enjoying with them the things they love to do most.
If you use this in a children’s time with a smallish number of children, begin by inviting them to run all the way around the perimeter of the sanctuary or down the center aisle and back to their place.  Compliment them on their speed and style.  Then tell them about Eric Liddell.

t An end of school take on this verse is the obvious-to-adults, but worth-saying-again-to-children fact that God is “in them” and they are “in God” always – during the school year and during the summer.  Identify some of the many things children are looking forward to doing during the summer.  After each one say, “God will be in you and you in God at….”  You might also explore the fact that they are Jesus’ hands and feet and voice everywhere they go this summer and challenge them to act accordingly.

Posted by Worshiping with Children at 4:04 PM