With this week we start Ordinary Time for sure.  And, we start reading our way through Genesis and then Exodus.  Since these readings include some of the best loved stories of our faith, I will be providing lots of suggestions about reading them in creative ways that will allow children (and worshipers of all ages) to follow and savor them.  One thing to ponder as we get started is that because of the way the calendar falls, the lectionary skips Noah, the call of Abraham and Sarah and the birth of Isaac – ouch!  You may want to consider shuffling things a little to include one or two of these instead of assigned stories.  Similarly, you may want to check out the Matthew texts of Propers 4-6 pondering possibly replacing some of the later Matthew texts with one of them.

BTW  When I wrote these posts in 2011, I followed only the semi-continuous Old Testament readings.  As we go through Year A again, I will add ideas for the other Old Testament lesson and Psalm.

> To make it easier to follow this complicated story, enlist four readers (Abraham, God, Sarah, and Hagar) to read it.  At the beginning Abraham stands in the center with Sarah and Hagar standing on either side.  God stands behind Abraham off to the same side with Hagar.  Readers may follow the simple movement suggestions in the script below.  (The sons are omitted from this script to keep the attention on the actions of the parents.)

Abraham:  The child grew, and was weaned; and Abraham made a great feast on the day that Isaac was weaned.

Abraham:  The matter was very distressing to Abraham on account of his son.

God:  But God said to Abraham, “Do not be distressed because of the boy and because of your slave woman; whatever Sarah says to you, do as she tells you, for it is through Isaac that offspring shall be named for you.  As for the son of the slave woman, I will make a nation of him also, because he is your offspring.”

Abraham:  So Abraham rose early in the morning, and took bread and a skin of water, and gave it to Hagar, putting it on her shoulder, along with the child, and sent her away.  (Abraham turns Hagar to the side and also points away.)

Hagar:  (Hagar steps several steps away from Abraham then reads.)  And she departed, and wandered about in the wilderness of Beer-sheba.  When the water in the skin was gone, she cast the child under one of the bushes.  Then she went and sat down opposite him a good way off, about the distance of a bowshot; for she said, “Do not let me look on the death of the child.” And as she sat opposite him, she lifted up her voice and wept.

> Because children hear this story and next week’s story of the near sacrifice of Isaac from the point of view of the children, they can be very scary.  This fear is intensified when children feel that their parents love their siblings better than them – and most children do at some point in their growing up years.  To help avoid these fears clearly focus attention not on the children but on the two mothers who bickered and fought so much that even God could not figure out how to keep them in the same tent.  God and Abraham both loved Ishmael as much as they loved Isaac.  They worked together to take care of him.  Abraham provided water to get Hagar and Ishmael started into the desert and God took over from there.  God promised that Ishmael, like Isaac, would become the father of a great nation.  Keep the focus on God who loves us even when we are at our worst.

> Pray about bickering in families, between nations, and between Christians, Jews and Muslims.  Confess it is there and ask for help in avoiding it. 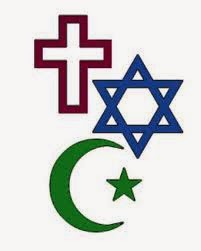 > Display a Hebrew Bible, Christian Bible, and Qur’an.  Point out differences and similarities.  They are written in different languages.  The Hebrew Bible and Qur'an read from back to front while the Christian Bible reads from front to back.  Hebrew and Arabic read from right to left. English (if that is the language in which you read the Bible) reads from left to right.  Many stories, e.g. stories about Abraham, and Moses, appear in all three.  Stories of Jesus appear in both the Christian Bible and the Qur'an.  The writers of the stories understand and tell them differently, but all worship one God and consider themselves children of Abraham.

> Introduce this as a prayer Hagar might have prayed as she wandered in the desert with Ishmael.  Ask a young adult woman to read it.

> Set the scene for this text noting that Jeremiah had the job of telling people that God was so unhappy with them that they were going to conquered and taken as prisoners to another country.  People did not like what he said.  Then, point to a Jeremiah reader in an out of the way place in the sanctuary and invite the congregation to listen in on what he had to say to God about this situation.

> I’d read from the CEV for this rather long complaint to God that in other versions is filled with words that are unfamiliar to most children.

> As Psalm 86 could be the prayer of Hagar, this psalm could be the prayer of Jeremiah.  The TEV offers the easiest translation for children to follow.  Since it is not a psalm many privileged Christians can honestly pray in the first person, let the Jeremiah reader, read it in character from his out of the way reading spot.  He might “interrupt” the service, even the sermon, with this prayer.

> Children will very quickly be lost in this passage.  Rather than attempt to explain what Paul was saying or try to put it into words children will understand, explore what it means to live as forgiven sinners.

> Highlight the confession of sin and assurance of pardon and their place in your worship service.  Read through the words you will use today putting them into children’s words and exploring what it means to pray them. 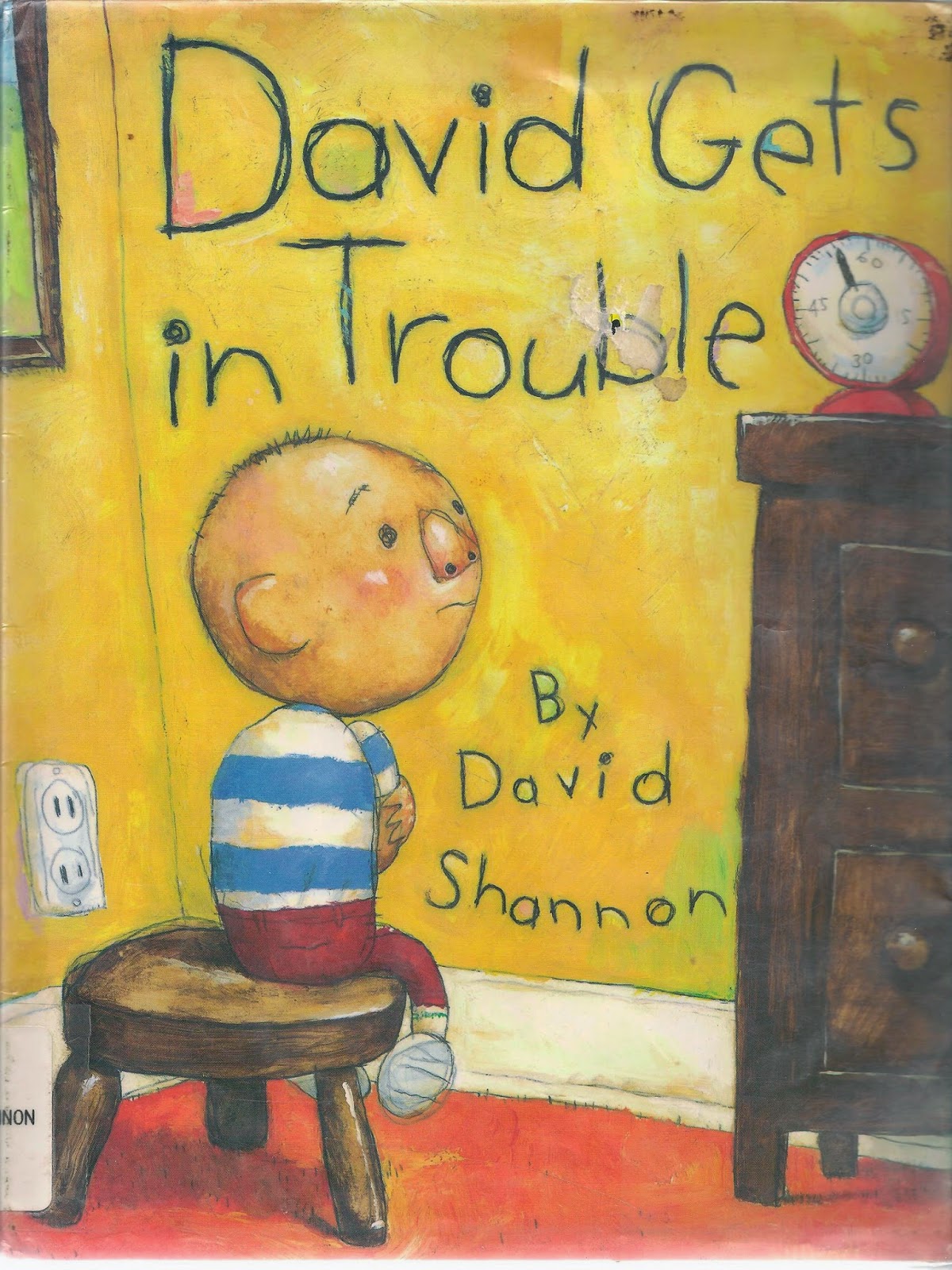 > Read and enjoy David Gets in Trouble, by David Shannon.  It begins “When David gets in trouble he always says… NO!  It’s not my fault!”  Each of the following pages depicts David getting in trouble with his printed excuses – all familiar to every family.  “I didn’t mean to!”  “I forgot.”  “I couldn’t help it!” etc.   It ends with David sitting up in bed at night to admit “Yes! It was me.” followed by “I’m sorry” and finally, “I love you, mom.” paired with a picture of David peacefully tucked under the covers with his mother’s hand resting on his head.  I can’t think of a better story with which to explore what we do when we confess our sins and know ourselves to be forgiven.  (FYI I found this book in the local public library which had multiple copies.  Don’t confuse it with David, No! which is written by the same author and has a similar, but for this purpose not as well-focused message.)

> Another facet of Paul’s message and Jesus’ message in the gospel text is that if we are going to call ourselves Christians we need to act like Christians.  Help children explore this by describing what a coach might say to a kid on the team who is a good player and wears the team cap everywhere he goes but only shows up for occasional games and few practices.  At some point the coach will say, “If you want to be an Eagle, you need to act like an Eagle.”  The same conversation could be built around a scout, member of a band, etc. and lead to living like a real Christian.

> This series of teachings of Jesus is separated in different ways on the pages of different translations.  Because the reading is so long, it might be wise to divide it into several sections which will be read by different readers.  How you divide the passage into those sections will depend on what you are emphasizing in the sermon.

> Because children are so very dependent on their families, especially their parents, this text frightens them in a way it does not frighten adults.  They wonder if God would really ask their parents to abandon them and whether their parents would do it.  Name this fear to them.  Then insist that Jesus was going all out to make the point that only God can be the most important thing in our lives.  Not even families, which are most people’s next most important thing in life, can come before God.  Agree that putting God first can be really hard.

BRAVE STRONG DETERMINED LOVING GENTLE KIND
> Display on separate cards the words above that describe Jesus.   Recall familiar Jesus stories that illustrate each word.  Reread verses 24-25, “Disciples are not better than their teacher, and slaves are not better than their master.  It is enough for disciples to be like their teacher and for slaves to be like their master.” (CEV)   Then, insist that these words should fit us today.  Admit that too often we talk about being “kind”, “loving” and “gentle” like Jesus.  Insist that it is also important to be “brave”, “strong” and “determined” like Jesus.  Use a variety of examples of Christians living out the last three words.

> The “if we are going to call ourselves Christians we need to act like Christians…” idea in the Romans section above also fits with Jesus’ message to his disciples.
Posted by Worshiping with Children at 9:10 AM