>  If you read only the verses suggested, you have the story of the Ninevites, the people Jonah despised and the national enemy of the Jews of that day. They heard God’s message, repented, and were saved by God.  No one, especially Jonah, expected that – or even wanted it.  The clear message is that God loves and calls people we do not like, the people we label as THEM.  To explore that message: 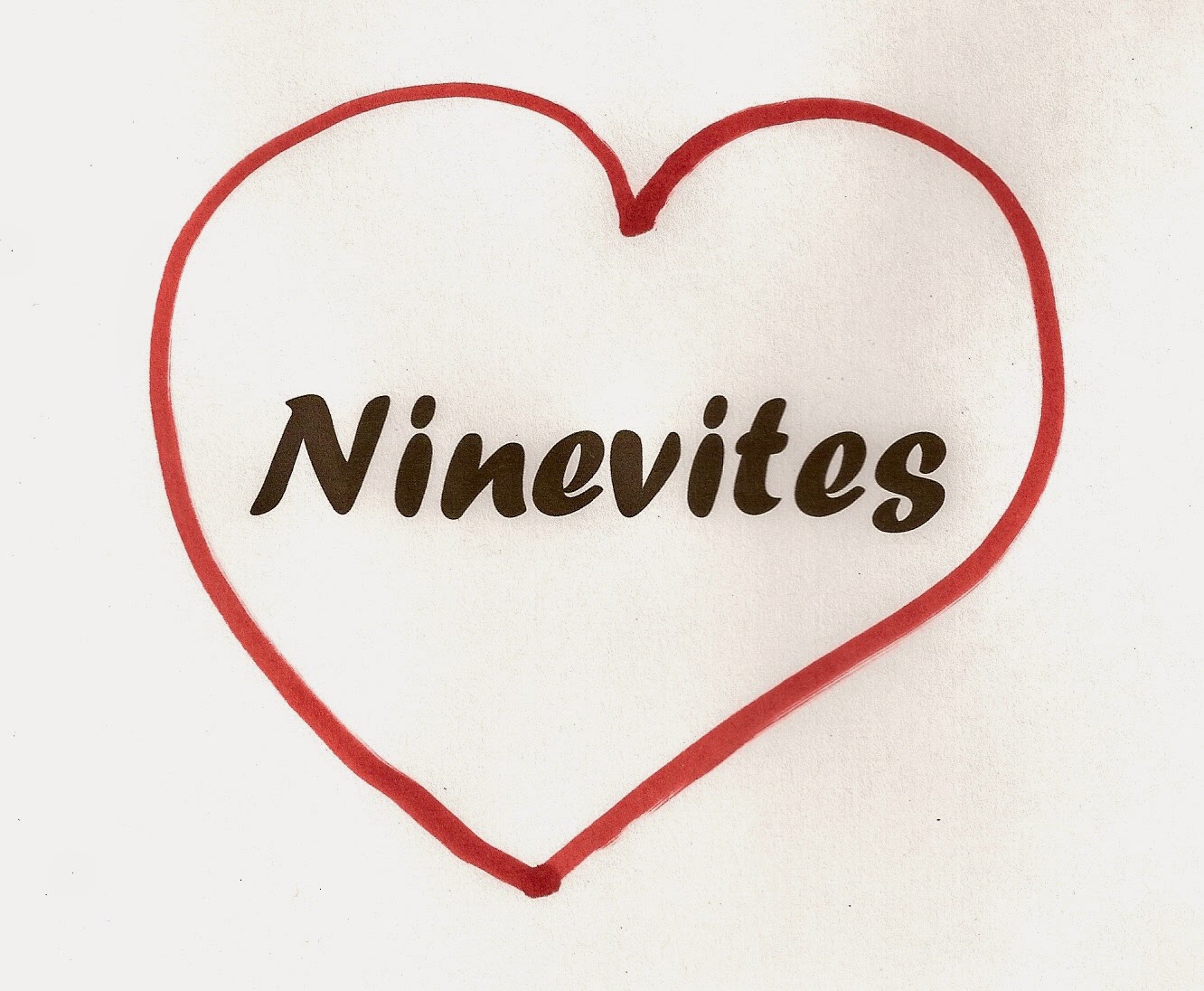 >  Brainstorm lists of THEMS for your congregation today: national enemies, the opposite political party, rival sports teams, certain people in your class/office/neighborhood who are just so out of it, even certain ethnic groups.  Involve worshipers by giving them small sheets of paper on which to write or draw pictures of some of their THEMS.  When lists are complete, remind them that God loves each of those people.  Instruct them to remind themselves of this by drawing a heart around each name or picture.  Just as Jonah would have had trouble drawing that heart around the Ninevites, worshipers may struggle to draw hearts around their THEMS.  That is good discipleship work.  Doing this with the whole congregation rather than just with the children, helps children see that such discipleship work is a life-time challenge.

>  But there are actually two call stories in the book of Jonah - God’s call to the Ninevites and God’s call to Jonah.  Since readings from Jonah appear only twice in the lectionary (today and Year A – Proper 20), this might a good Sunday to look at the entire book and compare the responses of Jonah and the Ninevites. 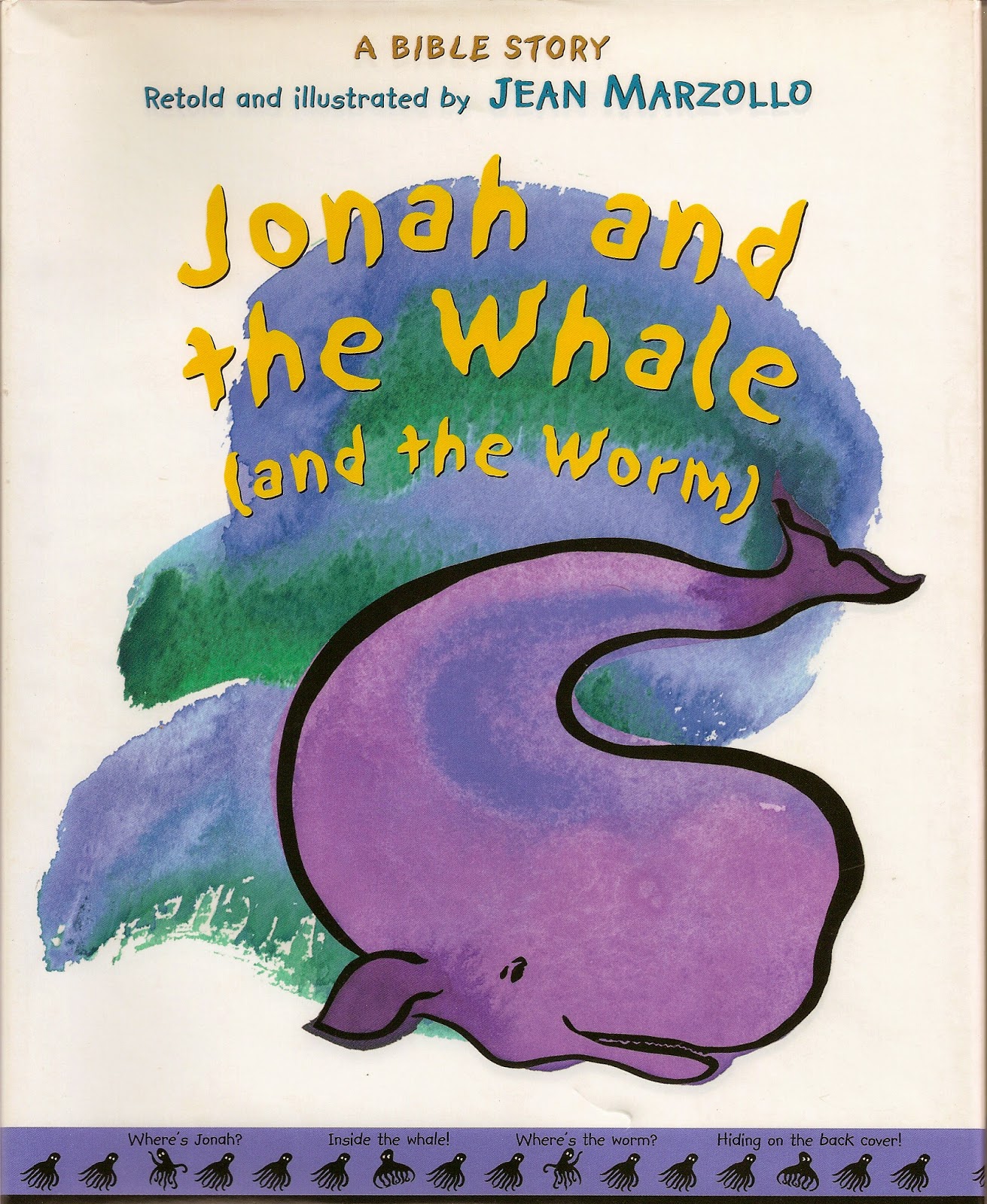 >  Go to Year A - Proper 20 to find detailed directions for three ways to present the whole book in worship.
1.    Read it all from the Bible with the congregation reading the psalm in the whale.
2.    Have three readers work from Jonah and the Whale (and the Worm), by Jean Marzolla.
3.    Have one reader read Ralph Milton’s 2 page version of the story

>  After presenting the whole story, compare Jonah’s response to God with that of the Ninevites using several people figures (borrow figures or small dolls from the preschool toy box or a young worshiper).  Set one off to one side of the pulpit, identifying it as Jonah.  Set two or three others off to the other side, identifying them as the people of Nineveh.  Point to the figures or pick them up as you recall what God said to each and how each responded.  Be amazed that Jonah who was a Hebrew and a prophet didn’t do nearly as well as those Ninevites he and all Jews despised.  Use the Ninevite figures to identify the THEMS in our world.  (This could be done in a children’s sermon, but could also be done within the real sermon giving it structure and a visual element while suggesting to children that the real sermon might be for them as well as for the adults.)

>  Jonah’s story laughs at Jonah, but it also reassures us that God doesn’t punish Jonah as he deserves.  God doesn’t let Jonah drown in the sea and when he is spit up on the beach, God gives him a second chance.  God even provides the vine in an attempt to get through to Jonah who still doesn’t get it.  This story provides a good balance to the Ninevites and the fishing disciples who respond promptly and correctly.  We can hope that God will give us second chances when we need them too. 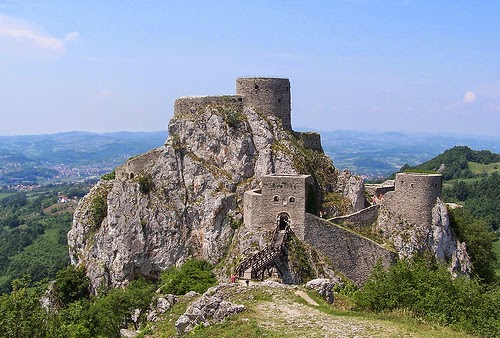 >  In just the first three verses God is rock, fortress, and refuge.  Help children list ways God is like a rock, a fortress, and a refuge by displaying pictures of each and discussing their function.  After identifying the function of each one, ask or tell how God works in the same way.  Conclude “God is like a…. when God…..”

>  If this discussion of rocks leads you to sing either “Rock of Ages” or “A Mighty Fortress Is Our God” notice that the words are not all child friendly.   (Particularly “Rock of Ages” has been omitted from many recent hymnals because the language is difficult even for adults.)  So before singing, point to one or two key phrases saying what it means to sing them while answering God’s call.

>  For another way to look at what it means to say “God is my rock!” check out Frances Woodruff’s explanation at On the Chancel Steps.

>  While adults need to hear about the world view that underlies Paul’s message, it won’t make much sense to children.  What is important to all worshipers is Paul’s insistence that NOW is the time to act.  NOW is the time to live like God’s people.  We can’t wait until we grow up or until we feel like it or until don’t have something else to do or until we are braver.

>  Especially for children a bell is a call to do something – go to school, change classes, go home.  Emphasize the urgency of responding to God’s call by interspersing the phrases of the familiar hymn “Lord I Want to be a Christian” with a ringing bell.  (The bell needs to be piercing and insistent rather than mellow.)  Before singing the hymn, tell the congregation what will happen and suggest that each time the bell rings they think the word NOW!

>   Display this picture of Jesus calling the four fishing disciples.  In an informal setting ask who knows the story that goes with this painting, then work with listeners to identify all the characters and what is going on.  Note Jesus’ hands welcoming the disciples and the disciple who is waving to his father in the boat.  In a more formal setting simply display the painting and point out the figures.  In either case, then invite worshipers to listen to Mark’s story from the Bible.

>  The first 2 verses connect to the call to act NOW in the 1 Corinthians text.  The suggestions there apply here also.

>  The story of the call of the fishing disciples appears in Matthew, Mark and Luke and appears during Epiphany each year of the lectionary cycle.  Go to Year A - Epiphany 3  for suggestions that work with all the accounts.

>  Today it is amusing and worthwhile to note that the fishing disciples get up and follow in six verses.  Jonah takes four chapters and then we are not sure he has really got it yet.

>  Clarify the focus of this service with a matching call to worship and closing.

Posted by Worshiping with Children at 5:46 PM