Remember today is Time Change Sunday in the USA.  Prepare to lose an hour’s sleep and get to the church on time!

+  When I first suggested following a Jesus figure around the sanctuary for Lent I expressed concern about using an offering plate as a prop with the story of Jesus cleaning out the Temple.  With some time to think about it, I’d not use it all.  It misses the point.  Instead, either display the “Jesus” figure with a Lamb of God symbol following the suggestion in the gospel notes below.  Or, to explore the significance of where those money changer’s tables were, put “Jesus” in a back corner of the sanctuary and read the scripture from there.  If your sanctuary ever had a slave balcony or other “second class worshiper area,” put “Jesus” there.  Tell its story and read the gospel from there.

+  Today’s cross is a plain wood, a nail cross (if you will not  feature it on Good Friday) or a picture of the crucifixion.  (The one here comes from the Vanderbilt Divinity School library with permission to use non-commercially.  You may have other images hung on the wall in the church or in great art books.)  Display the cross in order to talk about the facts of crucifixion and to highlight Jesus’ courage in facing crucifixion.  Facts need not be as gory as Mel Gibson’s film, but do need to insist that this was a very painful way to be killed and was meant to make fun of the person being killed.  If you are using a wooden or nail cross, pass it among worshipers to handle as you talk about crucifixion.  If you use a picture, point to details in it, describe what they meant and how they felt to the one being crucified.  (In the posted art I’d point to the nails in the hands and feet, the fact that most of the crucified one’s clothes have been removed, and the sign over Jesus head.)  All this information helps children understand crucifixion in general and today impresses them with Jesus’ standing up to people (the Temple authorities) who could do that to him and/or makes questions about the wisdom of the crucifixion very real.  One preacher said to children, “Jesus loved you so much that he would die rather than stop loving you.”  That is love and courage children can respect.

+  Today’s covenant is The Ten Commandments.  Both the Commandments and Psalm 19 appear in Year A Proper 22 in the lectionary.  Go to THAT POST for 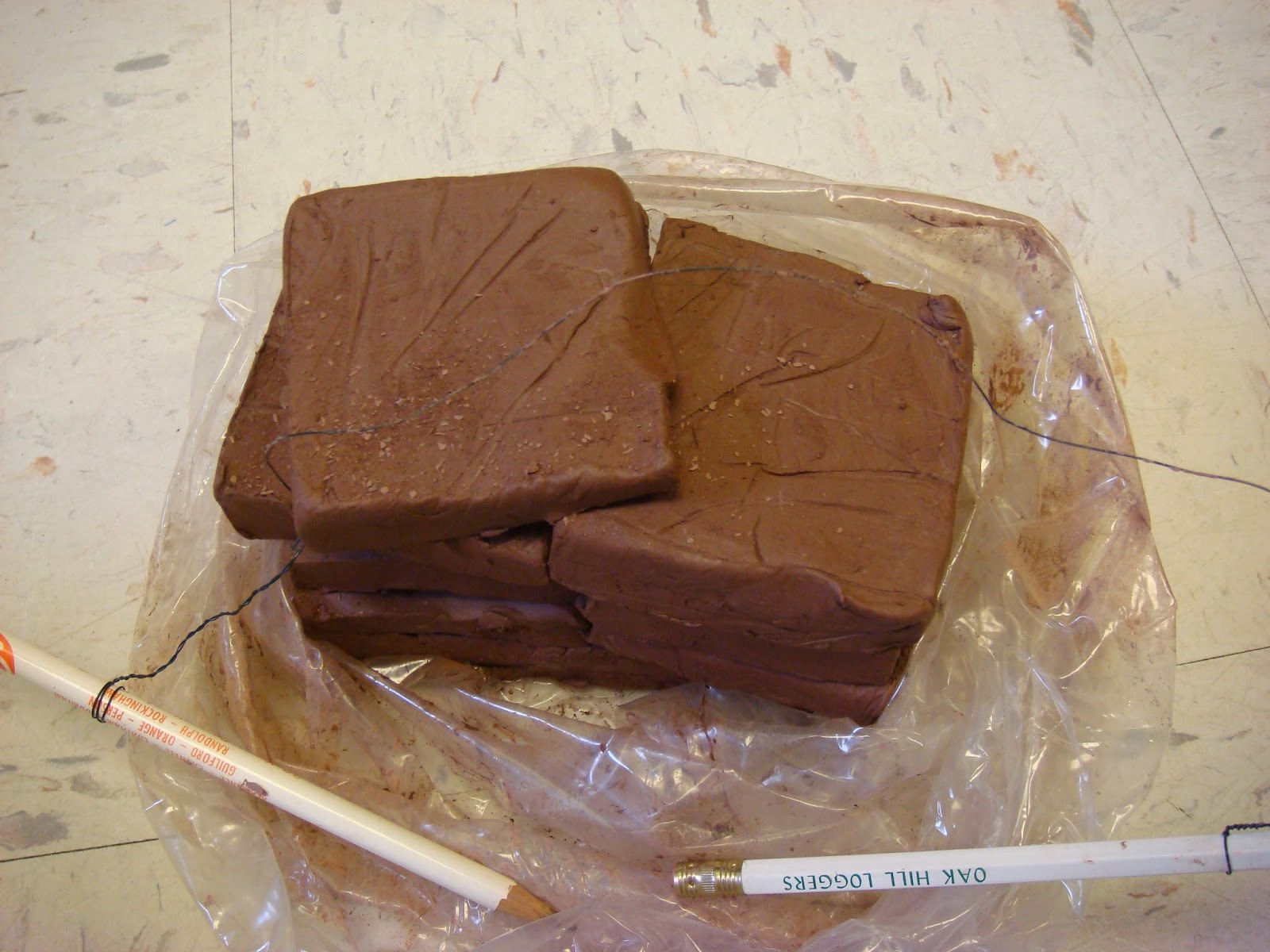 +  Go to the Year A, Proper 22 link just above for lots of suggestions.

+  Turn the Ten Commandments and 1 Corinthians 1:25 into a responsive reading with a worship leader reading each commandment individually and the congregation responding to each one with the Corinthians verse (For God’s foolishness is wiser than human wisdom, and God’s weakness is stronger than human strength.)  Practice the verse with the congregation before the reading so younger readers can join in.  Briefly explore how wise or foolish it is to keep one of the rules (maybe one about telling lies).  Then challenge worshipers to listen for how wise or foolish each of the other rules are.

This could be the Old Testament reading for the day or could be done at the beginning of the sermon as an interactive part of the sermon.

+  Create opposites for the Ten Commandments and imagine a world lived by those rules.  This connects to the Epistle question about what is really wise and foolish.  The list below is a starter, suggest others in comments.

1.    You are your own boss.  Do whatever you want to do whenever you feel like it.
2.    Decide who and what is important to you.  Pay attention only to those people and things.
3.    It does not matter when or how you say God’s name.  You can use it to swear or cuss or to get what you want (as in “God is on my side so you better do things my way”).
4.    It doesn’t matter if you worship with God’s people on Sunday/regularly.  If there are other things you’d rather do, go do them.
5.    Parents don’t get it.  Ignore them whenever you can.
6.    Kill whatever or whoever gets in your way.  The strongest live longest.
7.    Don’t worry about your family.  Think only about yourself and what you want.
8.    Finders keepers!
Toddler’s Rule of possession:  I see it, I want it, it’s mine!
If you want it, figure out how to get it.
9.    Lie if you have to get out of trouble.
Lie to get what you want.
Lie to make yourself look good – even if it makes someone else look bad.
10.The one who dies with most toys wins.
The world is full of wonderful things.  Get your share.

+  If you are recognizing Scout Sunday, talk about the importance of the scout laws to scouts.  Living by rules or laws helps us know who we are and how we want to live.

To take it to another level that will be a stretch for younger children:  Just as scouts do not have to earn the right to become a scout by proving they can live by the scout laws but work at living by the laws because they are a scout and want to be a good scout.  So, God’s people don’t live by the 10 Commandments to earn God’s love, but live by them because they show them how to be God’s happy, loving people.

+  See the note and link at the top of the page for ideas about using the psalm linked with the Ten Commandments.

+  See the cross suggestions at the top of the page and the suggestion for a responsive reading intermingling the Ten Commandments with verse 25.

+  Children are intrigued by Paul’s discussion about what is wise and what is foolish.  Is it wise to share the fries or to keep them all for yourself?  Is it foolish to risk being laughed at by the popular kids if you sit with an outcast?  Was it wise or foolish for God to save the world by dying on a cross?  Verse 25 is the key for children who quickly get lost in the earlier verses.  It is probably richest to pair this verse and idea with one of the other texts for the day.  Scroll around this post for

John is always working on several levels of meaning.  In this scene one level is about the moneychangers.  Another is about Jesus replacing the sacrificial system of the Temple, and even the Temple, entirely.  The first makes more immediate sense to children.  The second requires some care.

+  To unpack what was going on with the moneychangers at the very beginning of John’s gospel.

+  Two specific things about the Temple scene made Jesus so angry that he went into action.  The first was that the Temple had been divided into sections for different types of worshippers.  The Jews got the best section.  The foreigners got the section furthest from the altar.  Imagine with worshipers different parts of your sanctuary set aside for different kinds of worshipers.  If you are an old Southern US church, this is a good opportunity to point out the history of a slave balcony and slave doors.  To make matters worse, Temple leaders had allowed business people to set up booths in the foreigners section – really disrupting their ability to pray in peace!  (See “Following Jesus through Lent” suggestion at the beginning of this post.)

+  Use some play money or foreign coins and some daily coins to demonstrate what the moneychangers did.  Show the “different” coin and explain that the Temple leaders had decided that only this money could be put in the offering boxes at the Temple.  Act out the purchase of these special coins from money changers who charged “a small fee” for each coin.

+  After setting this scene in Temple take time to identify what about it made Jesus so angry.  (Don’t count on the children getting it on their own.)  Point out that Jesus did not just “lose it” and act out in way he would later regret.  He knew exactly what he was doing and he knew that it would make powerful people very, very angry with him.  But, he still did it.  Describe Jesus’ actions not so much as wildly angry, but brave and courageous. 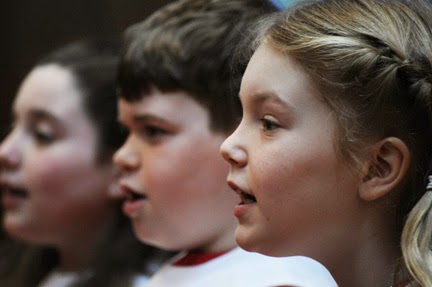 +  Before celebrating Jesus’ wisdom and courage in this story and praying for the wisdom and courage to do the same today by singing “God of Grace and God of Glory,” point to the “Grant us wisdom, Grant us courage” chorus.  Note both the repeated words and the words that are different in each verse.  Practice singing the chorus together.  Then invite worshipers to sing it.  The vocabulary of the verses is difficult for children to follow, but even the youngest can sing the repeated “grant us wisdom, grant us courage.”

If you want to explore John’s insistence that Jesus is turning over the whole Temple sacrifice system, talk about the sellers of animals rather than the money changers.  Name some of the animals sacrificed and very briefly describe the altar ritual in which they were killed as an offering to God.  Most children are deeply offended by the idea of killing an animal to show that you love God or to ask God to forgive you for the bad things you do.  They are happy to hear Jesus insist that the whole idea was wrong.  All we need to do is praise God with words and songs and the way we live every day.  When we mess up, God will forgive us when we say you are sorry. 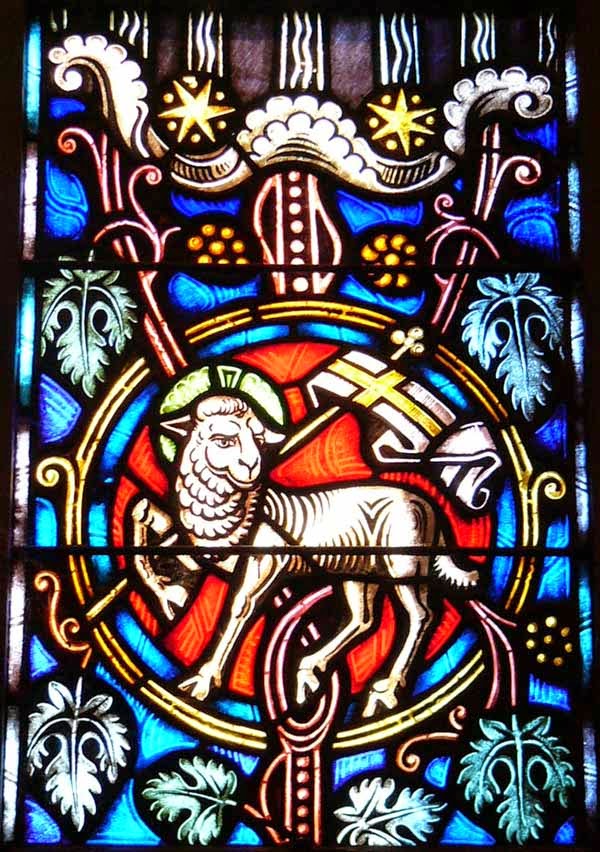 +  Because of this story, Jesus is called "Lamb of God."  For children that is sort of like a nickname for Jesus.  He is called the Lamb of God because he insisted that we do not have to kill a lamb or other animal to get God to forgive us.  When he forgave everyone who was involved in killing him on the cross, he proved once and for all that God will forgive us.  All we have to do is ask.  To illustrate this conversation, point to any Lamb symbols in the sanctuary or display pictures of Lamb of God symbols (find several free ones at Wikipedia - Lamb of God).  If you have a big stuffed sheep or sheep prop for a crèche set it beside the “Jesus” figure you have been following around the sanctuary.
( The very long attribution for this window is: "Stained glass Agnus Dei" by Original uploader was Workman at en.wikipedia - Transferred from en.wikipedia; transferred to Commons by User:Jalo using CommonsHelper.. Licensed under CC BY-SA 3.0 via Wikimedia Commons http://commons.wikimedia.org/wiki/File:Stained_glass_Agnus_Dei.jpg#mediaviewer/File:Stained_glass_Agnus_Dei.jpg)


WARNING:  John sets up Jesus as the new sacrificial lamb for all times.  This made sense in John’s world where animal sacrifice was common in all religions.  In today’s world, especially among today’s children, it makes God look highly suspect.  If God needs some animal or Jesus to die a painful death in order to forgive us, God looks a little weird and rather mean.  I know it is the base of classical atonement theology, but I’d stay away from it.  It makes more sense to simply say Jesus said killing animals to communicate with God or get God to forgive us is nuts.
Posted by Worshiping with Children at 12:22 PM