Advent (Not Christmas) Stories for Children

In children’s Christmas stories people get dreamed of gifts in surprising ways, find love and life in unexpected places, and live happily ever after.  There is a fairly well known collection of them that are reread every year – with some new additions when we are lucky.  But, early Advent begs for something a little different, a little darker, a little more aware that life can be hard and unfair – even for children.

The biblical texts for these weeks can be hard to share with children.  Many are set in very specific historical situations that must be described in a good bit of detail before they make sense and then seem rather removed from the world of most children today.  But behind the texts is a truth that children need to grasp.  That truth is that when you know that you are a unique child of God with special God-given gifts living in a world that may be dangerous and difficult, but is in the end controlled by God’s powerful love, you can face any dangers or challenges that come your way.  That truth is available in a number of already existing children’s stories.  All we have to do is recognize the Advent messages in them and discuss those messages with children.

Older stories we can rebrand as Advent stories include all those fairy tales in which a character is caught in a very unhappy situation then is rescued. 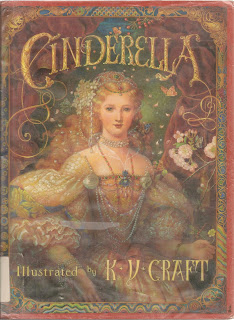 Cinderella is a loving girl reduced to housemaid status after her father’s death.  She continues to live with kindness, wishing for a better life.  She restyles a dress in order to go to the ball, but it is destroyed by her mocking step-family.  Then her fairy godmother arrives and Cinderella goes to the ball, meets the prince, and better days follow.  The story parallels the situation of the Exiles who are promised better days in the Advent prophecies.  John the Baptist would be proud of her living with kindness toward all as she hoped for a better day. 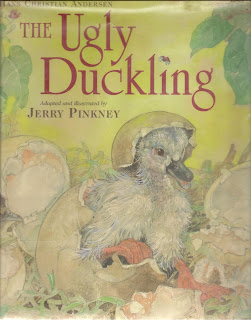 The Ugly Duckling was tormented and looked down on because he was so ugly (a situation many children recognize).  He had to wait to grow into the swan he really was.  At times it was hard to hold on to that truth.

Oliver Twist struggles against his poverty and orphan status with courage and hope.  He has to deal with Fagin who insists that he become a pickpocket and Bill Sykes who nearly kills him.  But he keeps hoping to find the mother whose image is in a locket, his only possession  .

A radio commentator pointed out that much recent children’s literature is rather dark. 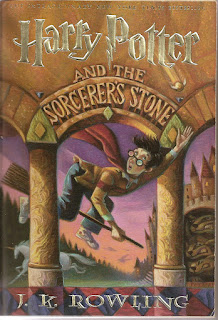 Harry Potter is caught up in a cosmic struggle between good and evil.  He is guided by his knowledge that he is a wizard and that his parents died trying to save his life, i.e. he was greatly loved.  This self-understanding enables him to face frightening, dangerous situations with great courage and finally to win the battle.

In The Hunger Games Katniss also faces great danger armed first by her love for her younger sister and later by a growing appreciation of her own abilities (a sense of who she was) and determination to defeat the evil Panem empire. 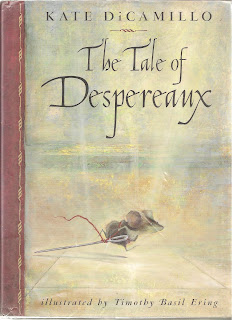 The Tale of Despereaux, by Kate DiCamillo, is less well-known but more appropriate for younger children.  Despereaux is a very small castle mouse with very big ears and a love of stories that leads him to love a princess.  The other mice exile him to the rat-filled dungeon.  His own family participates in carrying out this probable death sentence.  But filled by love of his princess who is danger and his belief in stories that end “happily ever after,” Despereaux faces down the rats and successfully undertakes a huge quest to save her.  A mouse living on Adventy faith and hope.  Go to the Third Sunday of Advent post for more details for tying the story to worship that day.

Lemony Snicket’s A Series of Unfortunate Events follows the three orphaned Baudelaire children through 13 books of misadventures in which all the adults around them try to steal their inherited wealth and otherwise abuse them.  They push on confronting all their attackers by using their individual gifts, which they work hard to develop fully, and taking loving care of each other.  In spite of this situation, the books are light-hearted and celebrate the children facing their hard reality. 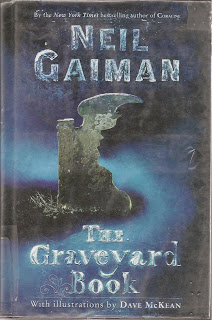 The Graveyard Book, a Newberry Award winner by Neil Gaiman, tells the story of Nobody Owens whose adoptive mother named him saying, “he looks like nobody but himself.”  When Bod was an toddler, his family was killed while he escaped into the graveyard across the street.  There he was adopted and raised by the dead and a variety of fantasy creatures.  Each chapter is a short story in which he confronts evil or good among both the living and the dead and learns in the process about living.  At the end of the book he must leave the graveyard and set out into the world of the living.  It is a story for older rather than younger children.  Truthfully, I can't yet put my finger on exactly what about the book appeals so much to me or how to connect it to specific advent texts.  But I am fascinated by its facing death and evil so creatively.  It may be that quotes are more useful to worship planners than any of the stories. For example, when Bod ponders whether he would rather be dead and stay with the dead folks he knows he is told, "You're alive, Bod. That means you have infinite potential. You can do anything, make anything, dream anything. If you can change the world, the world will change. Potential. Once you're dead, it's gone. Over. You've made what you've made, dreamed your dream, written your name. You may be buried here, you may even walk. But that potential is finished."  I think that preaches.  I am hoping one of you will point out some the Advent connections I only sense are there.

Look for specific suggestions in the Advent Year C posts.  The books are too long to read in worship, but lend themselves to quoting and references in real sermons and group discussions in children’s times.  And, may direct families to some new books to read and enjoy in early advent.  Since looking for this kind of literature is a new adventure for me, I hope some of you can suggest other Advent story books to add to the list.

Posted by Worshiping with Children at 7:21 PM