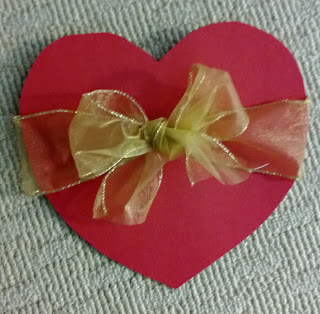 t  If you have been presenting a different heart each Sunday of Lent, today’s heart is a gift.  It could be a heart shaped gift box or a heart wrapped with a ribbon.  Either one connects to the loving gifts that Paul and Mary gave in today’s texts and reminds us of Jesus’ gift of forgiving love on the cross.  It also calls us to think about the gifts we give God and give people for God.  Present it at the Call to Worship challenging worshipers to watch for gifts in today’s worship and to think about gifts God gives them and they might give God.  Display it prominently for the rest of the service. 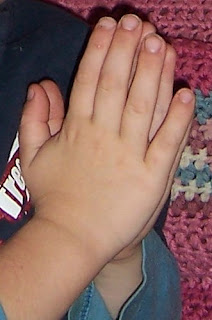 t  The petition “hallowed be thy name” in the Lord’s Prayer underlies both Mary’s lavish gift and Paul’s total commitment to Jesus.  Both give and live as they do because they know God/Jesus is hallowed.  Unfortunately, few children know the word hallowed.  So before they can pray the prayer with understanding they need to learn that hallowed is another word for holy and explore the meaning of that word.  Try some of the following:

Define words such as awesome, special, and wonderful.  Hear some of the people and things to which each can be applied.  Then introduce the words holy and hallowed.  Explain that they mean the same thing. Define them as the very, very, very best and insist that they can be applied only to God.  Then translate the prayer, “God you are holy, the very best there is in the whole universe.”

Sing “Holy, Holy, Holy.”  Children will not understand all the images in the verses, but they can be challenged to sing “holy, holy, holy” each time it appears.  Call on parents to help the youngest readers by pointing with their finger or giving a little nudge each time you sing the phrase.  Or, give them copies of an illustrated word sheet that highlights all the Holys.

If you celebrate Communion today and will sing a Sanctus together as part of the Great Prayer of Thanksgiving, point it out just before the communion liturgy.  Practice it and put it into your own words.  Then, invite worshipers to listen for it and to imagine themselves joining everyone who ever lived, lives now, and is already in heaven in saying together that God is holy.

If the word holy is carved into the Table, written in glass windows, stitched into banners or paraments, or displayed in other ways in your sanctuary, point it out and briefly say what it means.

Immediately after any of these discussions, pray together only the beginning of the Lord’s Prayer, “Our father who art in heaven, hallowed be thy name.”

t  Mary’s gift and Paul’s statement are their ways of answering the question “what is most important in the world to you?”  Mary either used her most special possession to show Jesus how important he was to her or she took most of the money she had to buy the special anointing oil for him.  Paul insisted that though he had been and done some really cool things, none of them was as important as knowing God.  He became a preacher and missionary because knowing God was the most important thing to him and he thought that was what God wanted him to do.  While children cannot grasp the full impact of the question, they can be taught early that it is an important question and that told they will have to live out their answers to it throughout their lives.

Children for whom everything is new do not get too excited about Isaiah’s vision of God doing “a new thing.”  To explore God’s new things in ways that will capture their attention,

t  Or set the stage for Holy Week by recalling all the “new things” God has done in a responsive reading.   A worship leader reads God’s stories and the congregation responds with “I am about to do a new thing.”

t  Or, look behind the promise of God doing a new thing to the belief that God is always at work in the world and in our lives every day.  Invite the children forward for the reading of this text.  Begin by telling them the Exile back story.  God’s people had been captured and taken away as prisoners of war.  Years later when the king said they could go back home they were so very happy.  They were sure God was working with them on this.  When they got back home they found their old town in ruins.  It was like a desert.  Finding food and even water was hard.  But, even then they believed God was with them and working with them in the hard times as well as the good ones.  Finally, read the passage dramatically before sending the children back to their seats. 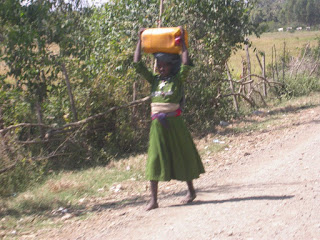 t  If this passage is the focus of worship today, you might want to explore with the children ways we work with God on bringing water to dry places.  If your congregation has a well digging project or if your Lenten offering supports water missions, talk about them today.

t  If you tell the back story to the Isaiah text (see above), children can follow the psalm a little bit when it is presented as the prayer of God’s people as they were both happy to be back home and sad about how hard life was there.  Have half of the congregation read verses 1-3 to celebrate the happiness and the other half read verses 4-7 to remember that God was still with them in the hard times.

t  Even though some of their parents are obsessing about building resumes for them that will get them into college, most children are not too impressed with resumes in general or Paul’s resume in particular.  But, they can understand that Paul thought he was and had done a lot of good stuff and that the very most important thing in his life was God and doing the job God had given him.  In a conversation make a list of things children value being and doing (riding a bike, being on a travel sports team, playing a musical instrument, getting more than halfway through their current grade in school, etc.).  Then, insist that knowing God and doing what God made them to do is more important than any of those things – wonderful though they be. 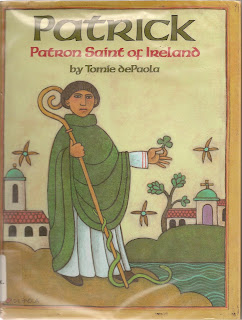 t  Thursday (March 17) is St. Patrick’s Day.  Tell Patrick’s story connecting it to Paul’s story and claim that he gave up much to be Christ’s person and was glad to do so.  Patrick’s story is simply that he was kidnapped from his noble home in Britain as a child and taken as a slave to Ireland.  After 6 years, he escaped and made his way back home.  Later he had a dream in which God told him to go preach in Ireland.  He did and became patron saint of Ireland.  Patrick, Patron Saint of Ireland, by Tomie dePaola, tells the story and several of the legends about Patrick.  The book is too long to read in worship, but can enable a worship leader to tell the story in his or her own words.  The book is available in many public libraries.  If you cannot get it, learn about Patrick on Wikipedia or some other source.

t  Sing “Take My Life and Let It Be” with all its references to using the parts of our bodies to give gifts to God or “Lord, I Want to be a Christian,” “We Are Marching in the Light of God” or “Guide My Feet While I Run This Race” to recommit yourselves to loving God like Paul did.

t  John says the smell of Mary’s gift filled the house.  So just before reading the story or at the beginning of a sermon focused on the story, squirt small dabs of lotion into the hands of children or all worshipers.  (If children are likely to be wearing open shoes, they could rub the lotion on their feet.  In colder climates they can rub the lotion into their hands.)  Rub some into your own hands.  Sniff them and enjoy the smell.  Challenge worshipers to try to catch the smell of the lotion in the whole room.

WARNING:  Do be cautious not to go overboard with any of these smells if you have scent sensitive folks in the congregation.

t  Mary’s gift gets all the attention here.  But, John also notes that Martha prepared a meal for Jesus.  That was a gift too.  Challenge children to think of a gift they can give God between now and Easter.  List some possibilities such as a money contribution to a mission project or something they can do to love a person who needs loving right now.  Give them paper and crayons with which to draw or write about their gift.  Invite them to place their drawing in the offering plate as it is passed.

t  Children appreciate that Jesus defended Mary’s gift when Judas made fun of it.  On a day when we are thinking about Mary’s gift, Paul’s gift, and our own it is good to be reminded that Jesus values all our gifts. 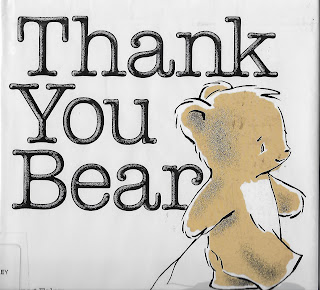 t  In Thank You Bear, by Greg Foley, Bear finds a box that he thinks is “the greatest thing ever!” and knows that Mouse will love it.  As he takes it to Mouse, he shows it to several other animals who question its value.  He begins to wonder about his gift when Mouse comes along and agrees that it is indeed “the greatest thing ever.”  This short book can be read in under 2 minutes and parallels Mary’s gift which Judas dissed, but which Jesus received gratefully.  After reading it note, that it is dedicated “for anyone who ever thought they had something great.” 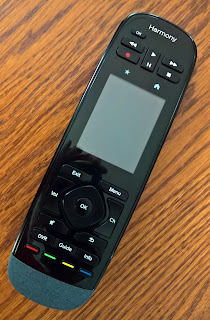 t  John Stevens at Dollar Store Children’s Sermons starts off this week talking about a remote control and the power it brings to the person who holds it.  He asks how it would feel and what it would mean if someone handed you the remote to their home and segues into Mary giving Jesus this special gift that says you are the most important thing that has ever happened to me and are the center of my life.  Go to Dollar Store Children's Sermons to see how he does it.  Then work it into your own words. 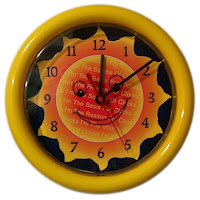 Finally, if you are in the USA don’t forget it is Time Change Sunday – spring that clock ahead one hour AND remind all your worship leaders to do likewise.

Posted by Worshiping with Children at 10:01 AM