Most of today’s texts are very mature discussions of God’s judgment and the difficult divisions that arise as we try to live as God’s people.  They are a stretch for children.  Mainly the message for children is that God cares about what we do.  Yes, God loves us always, no matter what we do.  But, anything we do is not OK with God.  Beyond that worship planners do well to focus on exploring pieces of the texts with children.  Doing this gives them building blocks with which to build their understanding and enriches the understanding of adult worshipers at the same time.


The difficulty of the other texts and the connection to going back to school, makes the Hebrews reading an attractive choice for this week.

Isaiah 5:1-7
I Show this icon.  Point to Jesus first and then to the figures at the edge.  Guess together who some of these people might be.  (There are no right or wrong answers here.  They are mainly friends of Jesus.)  Then point to the vine behind them.  Point out that Jesus is the trunk of the vine and all the people are branches.  Briefly explain that a vine with branches is a very old symbol for the church or God’s people.  Finally, challenge children to listen for the vine in this passage.  Point out that in this passage, the vine is a grape vine which grows in a vineyard.


Rather than use this icon, find a family tree with a tree drawn in the background.  Search “family tree images” on the internet for LOTS of these. 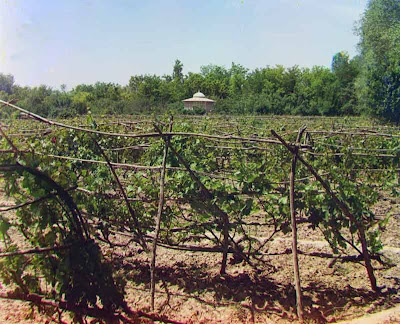 I This text and Psalm 80 deal with vineyards.  So take time to provide detailed information about vineyards.  For the children it will be new information.  For the adults it will be a review that will lead them to pay closer attention to the details of the passages.  Show a large picture of a vineyard.  Then briefly note that all the vines must be planted, wired to the trellises as they grow, pruned, weeded, watered, protected from hungry animals and human thieves, then harvested.  Mention the need for the fence and the watchtower.  Then urge worshipers to listen for vineyards in today’s readings.  Do not expect this explanation to enable children to grasp all of the rather complicated messages about vineyards in today’s readings.  Know that you are laying a foundation for understanding as they grow.

For greater impact give children small clusters of grapes to eat while you talk about the vines on which the grapes grow and read the text.


I If you have introduced vineyards and maybe eaten some grapes, a few older children will begin to get the psalmist’s prayer.  But, all the imagery and biblical history references make this a really hard psalm for children.


I This psalm appears frequently among Advent readings as a way of exploring how very lost we are as a people.  Go to Advent 1 (Year B) for a few ideas that may be adaptable for today should you be following a similar theme.


This warning about listening carefully to and evaluating the messages of prophets demands way more mental maturity and life experience than children possess.


I Bring this psalm to life with two readers.  One, maybe the usual reader, reads the first and last verses from the lectern.  This person also sets the stage describing the heavenly courtroom where God is seated in front of all the gathered people.  The other reader reads God’s part standing in the middle of the chancel and reading with great drama.


I If you are challenging worshipers to celebrate people who have witnessed to them and encouraging them to witness to others, use this psalm to explore God’s concern that all people be treated fairly and that those who are least likely to get what they need will get it.  Children will not hear that as the psalm is read, but they are all for it when it is presented to them in simpler language.  So, imagine with them the scene in verse 1 with God as the judge, then read verses 2 - 4 counting off on your fingers God’s instructions.  Close by reading God’s address to people in verse 6 insisting that they can do what is asked.  After all they are “children of the Most High.”


I Witness is a tricky word.  In today’s world it is most often someone who can say, “I was there and this is what happened.”  Witnesses are usually identified as witnesses in court rooms and occasionally on news broadcasts.  The people described here are more than that.  For children these witnesses might be more recognizable as faith heroes and heroines.


I Few children will recognize any of the biblical witnesses named in this text.  Telling the story of one of them helps children get the message and adds a new witness to their cloud.  I’d choose Daniel.  I’d start with the story of Daniel’s brave stand about following religious food laws while a captive in a king’s court, then tell the story of the lion’s den.  I’d note that Daniel reminds us that it IS possible to choose to do hard things when we face choices about following God’s rules when it is really, really tempting not to do so.


This leads to the challenge to not only pay attention to those who witness to you, but also be a witness to others – especially as you meet new kids in your new school classes and fall teams and clubs. 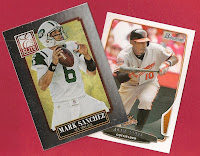 I Display a baseball (or other sports) card explaining that this is a picture of a baseball hero.  Describe how people use the cards to remember what that sports hero did and to feel close to that person.  Then show a homemade card about one of your faith heroes.  On the front draw a picture of the person with some identifying props or action.  On the back list important facts (“stats”) about that person.  Share both sides with the children telling why that person is important to you.  Finally, give children index cards and markers which to create their own faith hero cards.  Together brainstorm some possibilities before sending children to their seats to work during the sermon.  Tell them you will be interested in seeing their cards as they leave the sanctuary.
I For stories of faith heroes try one of the following books:


Faith the Cow, by Susan Bame Hoover, tells the story of one person with a vision founding the Heifer Project.


Follow the Drinking Gourd, by Jeanette Winter, is a story of the Underground Railroad.  Challenge listeners to identify all the people acting heroically (or as witnesses) to together do a great deed none could do on their own.  It took a “cloud of witnesses” to free the slaves!


I Before worship prepare a large white “cloud” (maybe a bed sheet?) to be displayed as a banner or a cloth on the central Table.  Spread it on the Table or floor and invite worshipers of all ages to come forward to write on the banner the name of one of their faith hero/ines using colored marking pens.  Do this after having thought together about such heroes.  It could be done after the sermon as an affirmation of faith or before the gathering of prayer concerns.  When the cloud is complete, lift into place if it is a banner or stand back from the Table if it is a tablecloth so all can see it.  Reread Hebrews 12:1-2 and perhaps pray for those who are our hero/ines and for the courage to be hero/ines to those around us.


I “For All the Saints” is the hymn most closely tied to this scripture.  Verse 2 is most easily understood by children.  Walk through this verse with them putting it into your own words as you go and identifying saint and another word for either witness or faith hero/ine.   Then, encourage them to think about their saints/witnesses and sing the Alleluias to thank God for them.


I “I Sing A Song of the Saints of God” has a similar theme but is even easier for early readers.   Ask a children’s choir to sing it.  Or, sing it as a congregation.  If projected pictures are part of your worship life, illustrate this hymn with pictures of people of all ages in your congregation doing the work of the church.


Before singing either of these hymns introduce the word saints which appears in both of them.  Saints is another word for witnesses or hero/ines.


PERSEVERANCE
I Display a poster featuring the word “Perseverance.”  Introduce perseverance as a big word.  Practice saying it together.  Define it as sticking with something when it gets hard or boring or when you get tired or when it seems it won’t make a difference or that nobody else cares about it.  Read verse 12:1 emphasizing the word perseverance.  Put the verse into your own words noting that at the beginning of the school year everything is new and maybe exciting.  Before long it usually gets harder.  That is when we need perseverance.  (Remember as you talk that some children go back to school unwillingly and with deep dread.  They need perseverance from the very beginning of the year.)


I “Looking toward Jesus…”  The beginning of the school year can seem like the beginning of a race.  So, lift up that image in 12:1-2.  Make goal line posters such as “straight As,” “most popular in the class,” “best athlete” even “best dressed” then “be like Jesus.”  Flip through the posters noting some good things about each one, then conclude with the “Jesus” poster setting the others aside saying that while the others are OK, this is the best.  Restate Paul’s race image encouraging the children to run toward the right goal this year.


I Good disciple songs for the race (and the beginning of the school year) are:


”Guide My Feet While I Run This Race”
“I Have Decided to Follow Jesus”
“Thuma Mina” (South African tune and language)
– UMC hymnal has 3 verses: send me Jesus, lead me Jesus, and fill me Jesus

I Children who depend so completely on their parents are even more worried by Jesus’ words here than adults are.  They need to hear that the adults have trouble with these words too.  Then, with support, they can explore what Jesus is saying.  Especially older children are well aware that when you try to live like a follower of Jesus, there can be trouble.  Other kids are not happy when you stand up for kids they have excluded or hurt.  Friends get mad at you when you refuse to go along with something you know is wrong.  Children actually appreciate hearing Jesus and the church acknowledge that this is true.  Once they hear that acceptance of how hard it can be, they are ready to hear Jesus insist that they stick with him even when things get tough.


I The Roman Catholic lectionary deletes the last three verses, the ones about knowing how to read the weather.  This leaves a much more focused reading which is easier for children to catch. 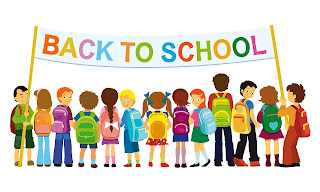 The Hebrews “cloud of witnesses” provides several themes to explore with children as they go back to school.  Look for ideas about them above.  For more general ideas for worshiping on the Sunday before the children go back to school go to Back to School - 2013.
Posted by Worshiping with Children at 11:50 AM