For many congregations this, being the first Sunday of the month, will be a Communion Sunday.  Given that, it might be worth swapping this week’s texts for next week’s texts in order to read and explore the story of the road to Emmaus and celebrate Communion on the Sunday after Easter.  Children especially are drawn into this combining of an important Communion story with the sacrament.
If you make this swap, remember that today’s texts will be used on Mother’s Day.  I’ll be making some connections for both sets of lections with both Communion and Mother’s Day.
Acts 2:14a, 22-32 (New Revised Common Lectionary)
This long sermon deals with generalities which are hard for children to follow and is long.  When so much in the other texts attracts children, I’d be inclined to work with those texts and leave this one for the adults.
Acts 2:42-47 (Roman Catholic Lectionary)
(Read on the Fourth Sunday of Easter in the Revised Common Lectionary.)
If  you read this description of the life of the early church on Mother’s Day/Festival of the Christian Family, it offers the opportunity to compare life in the early church with life in your congregation and life in families which have been referred to as “domestic churches.”  Specific examples of your congregation and current families doing the things that the early church did help children and parents see their family life as part of God’s larger family. 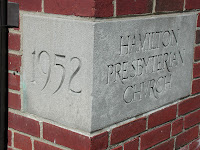